MDC UK and Ireland have reported that their members, MDC UK and Ireland Manchester branch, are demonstrating outside Zimbabwe Embassy over continued arrests of MDC leaders, members and human rights defenders. Posting on Twitter, the opposition party said: 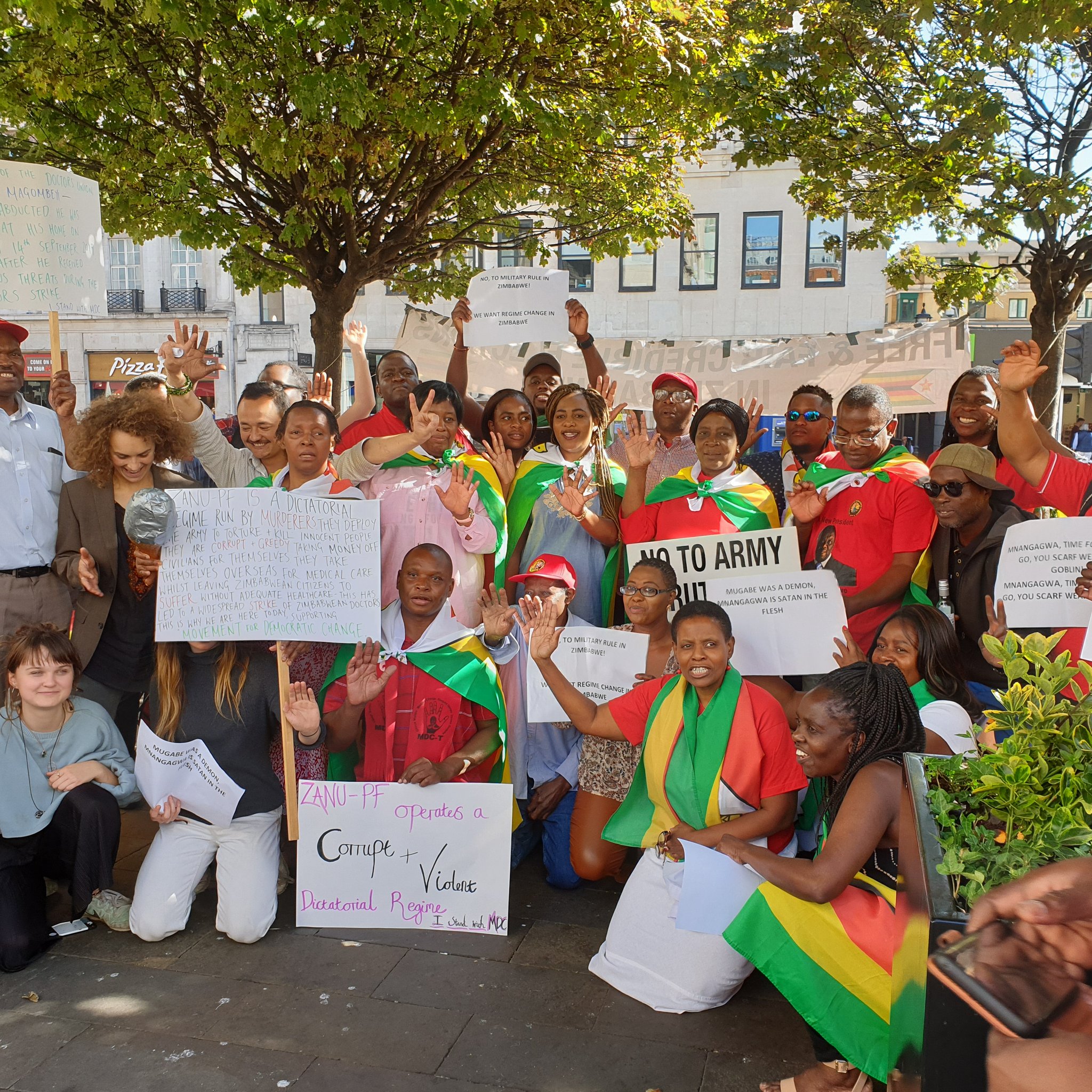 The protests follow a series of abduction and torture of members of the MDC, civil society leaders and government critics with some asserting that the State was conducting alleged human rights violations.

The deterioration of the democratic space in the country attracted wide and wild condemnation as international organisations and Embassies of Western countries jointly castigated the sad development.

The protests come when Zimbabwe, led by President Emmerson Mnangagwa, is trying to re-engage the intercommunity.

Zimbabwe was isolated at the turn of the millennium for allegedly violating human rights.

One Comment on “JUST IN: MDC UK Demonstrate At Zim Embassy (Pic)”