Below is a picture of a payslip purported to be of a Zimbabwean doctor. Amounts are in Zimbabwe Dollars. Doctors have over the past few weeks been demonstrating against the salaries they say have been eroded thereby incapacitating them from executing their duties and responsibilities.

The president of the Zimbabwe Hospital Doctors  Association (ZHDA), Peter Magombeyi received threats after leading a doctors’ strike over paltry salaries. He later disappeared on the 14th of September only to resurface on the 19th.

His disappearance caused chaos in the country as workers in the health sector downed tools demanding the return of Magombeyi. Even after his return, doctors vowed to continue with the demonstrations over salaries.

Other workers across other sectors have also bemoaned the erosion of their salaries by soaring inflation. 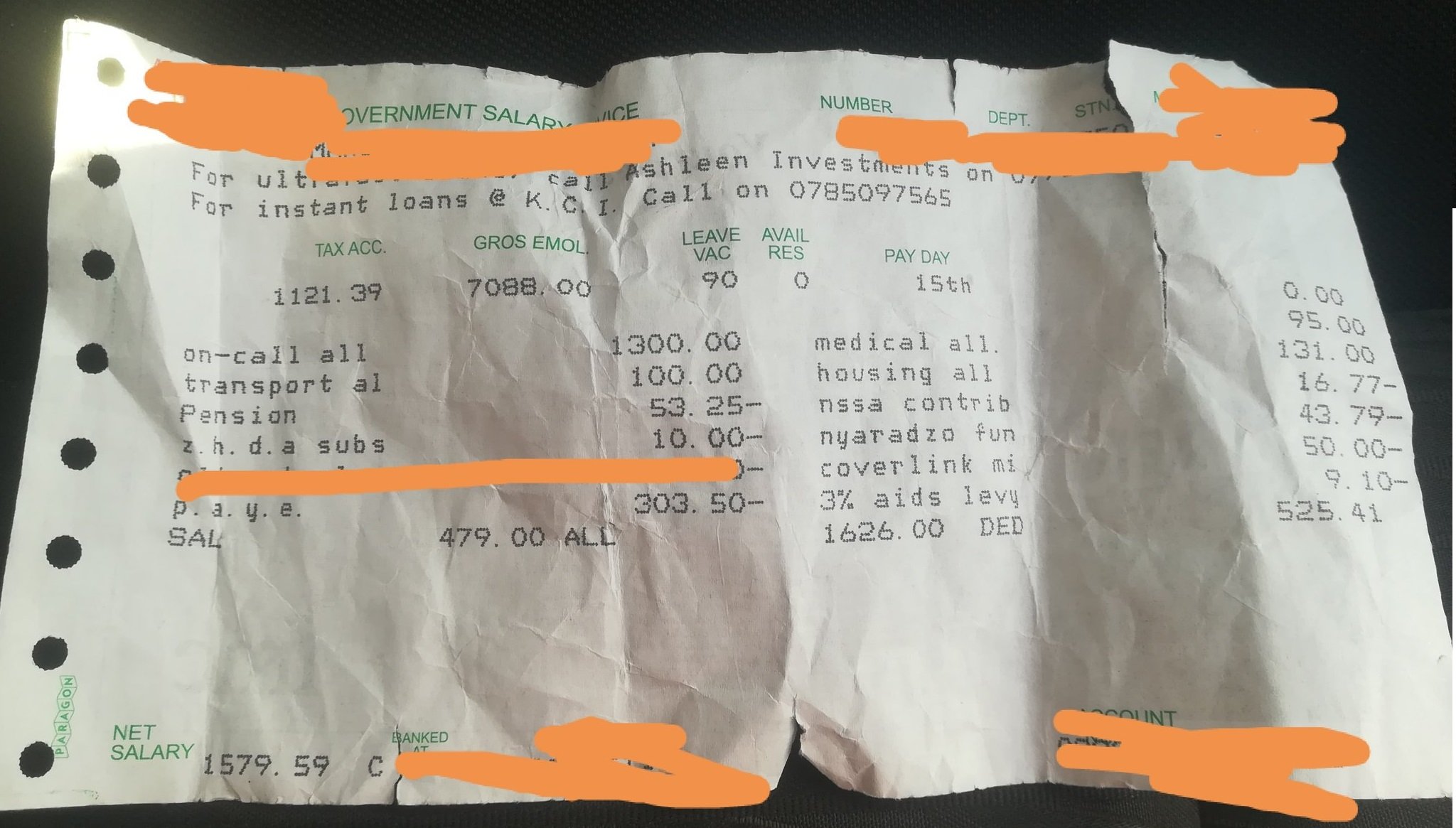 2 comments on “PICTURE: Payslip Of A Doctor In Zimbabwe”