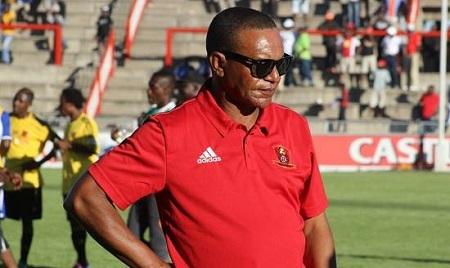 Antipas was speaking ahead of the last qualifying round, first leg match against Lesotho at the National Sports Stadium on Sunday.

The two teams will meet again next month in Maseru for the second leg of the crucial 2020 African Nations Championship finals to be played in Cameroon next January. Said Antipas:

It is a very competitive tournament to play in and it will be good for the local Warriors to make the final.

As you know, given the exposure involved, it’s a big stage for our players to participate in and market themselves.

We will train this week and come up with a team to face Lesotho.

I believe the players that we picked are competitive enough and we just have to get the right mix at training.

I hope we will come up with a good team. We have to be on top of this game and get to the CHAN finals.

Antipas does not underestimate Lesotho after they played the same team for the AFCON/World Cup/CHAN qualifiers which knocked South Africa out of the qualifiers.