Armed Riot Police block a main road during a patrol on the streets in Harare, Thursday, Aug, 15, 2019. In a show of force to discourage anti government protests, Zimbabwe police with water cannons patrolled the capital’s streets and warned residents, “you will rot in jail” if they participated in the demonstrations planned for Friday. (AP Photo/Tsvangirayi Mukwazhi)

The police have blocked a doctors’ march which was over the missing Peter Magombeyi, the president of Zimbabwe Hospital Doctors Association. The doctors intended to render a petition to the government demanding the return of the missing Magombeyi who went missing on Saturday after leading a demonstration over “paltry” salaries which doctors are getting. 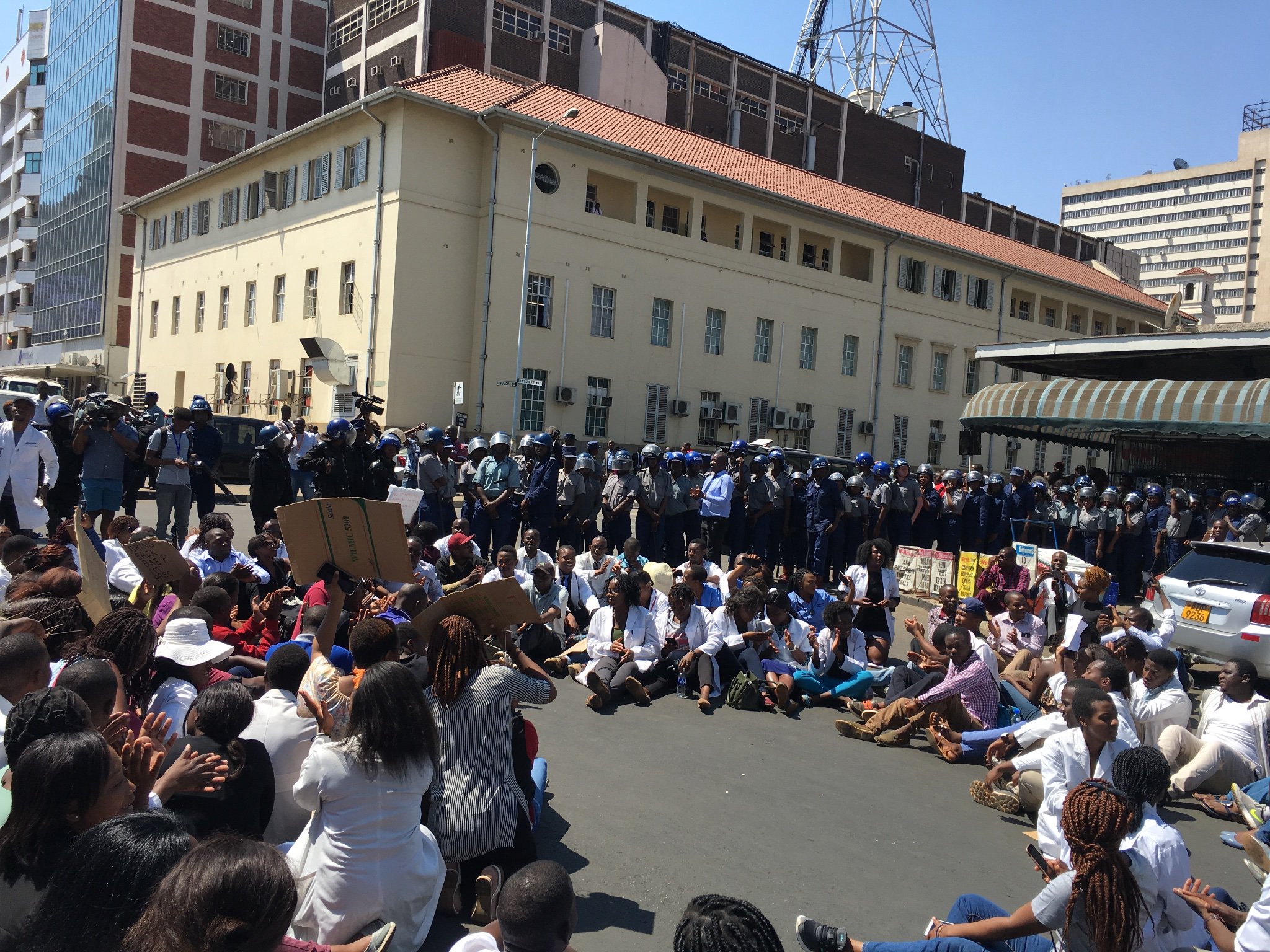