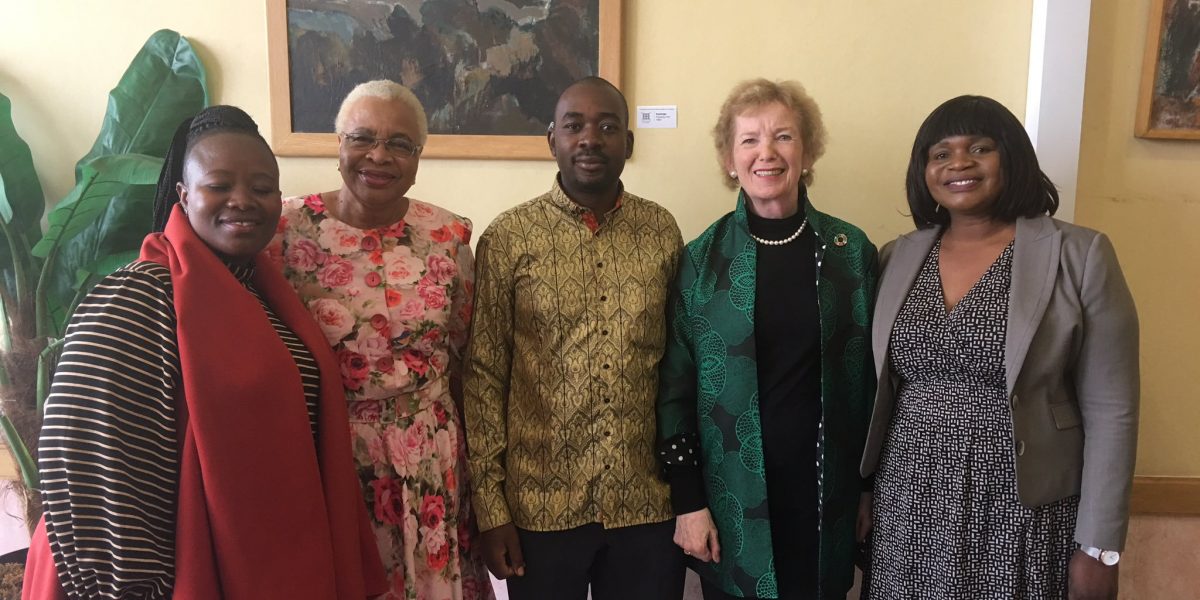 MDC president Nelson Chamisa met with The Elders in Harare on Saturday after they had a meeting with President Emerson Mnangagwa. They urged the duo to engage in an inclusive national dialogue.

Chamisa confirmed meeting The Elders through Twitter where he wrote:

Fixing politics through genuine and credible political dialogue for comprehensive political and economic reforms is the only viable solution to the challenges Zimbabwe is facing!

Meanwhile, in a statement released by The Elders after meeting the country’s main political actors, they said:

The Elders urged President Mnangagwa, Advocate Chamisa and all political leaders to find a way out of the current impasse and act constructively in the interests of the whole nation.

The inflammatory language that perpetuates and exacerbates cycles of confrontation must be disavowed. All political and security forces must commit to abide by the Constitution of Zimbabwe, the rule of law, freedom of speech and the protection of human rights.

They also called on Zimbabwe’s neighbours in the Southern African Development Community (SADC) and the wider international community to hold its leaders to account in terms of their responsibility to their people.

Economic and political reforms must progress in tandem to enable Zimbabwe’s reintegration into global markets and the community of nations.

One Comment on “Chamisa Meets The Elders, Reaffirms Commitment To Dialogue”