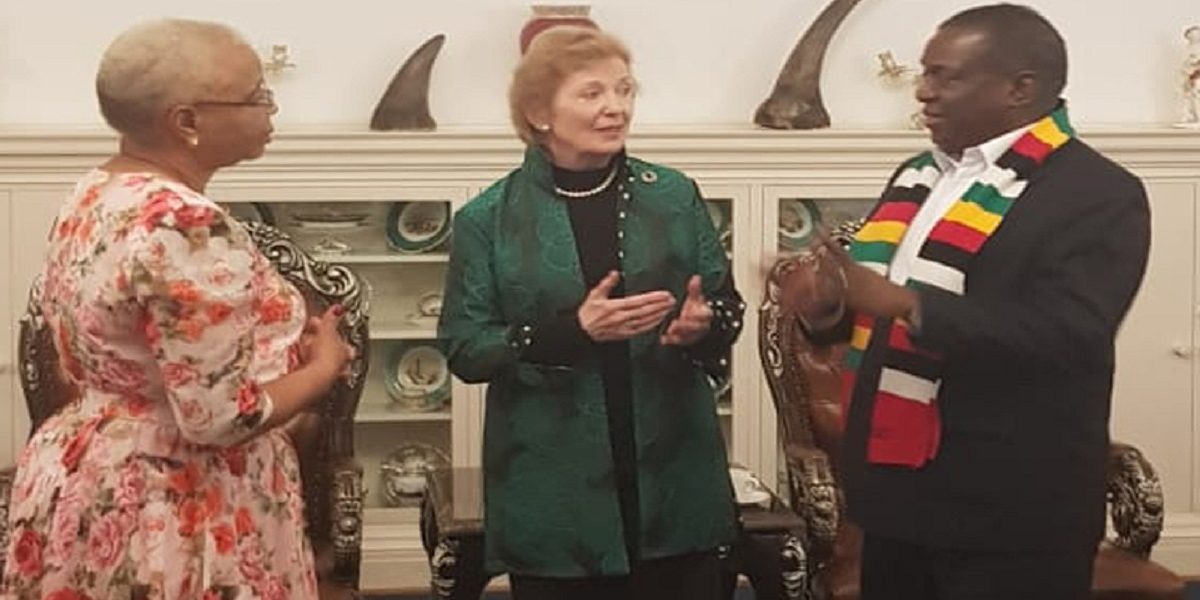 Mary Robinson, Chair of The Elders and former President of Ireland has said that optimism that prevailed in Zimbabwe immediately after the 2018 elections has since disappeared as the economy continues to bite.

Robinson was in Zimbabwe from the 6th to the 7th of September together with Graça Machel, Deputy Chair of The Elders and former Mozambican freedom fighter. Robinson said:

Last year I visited Zimbabwe on the cusp of landmark elections to find people determinedly optimistic about the future. Today that optimism has gone amid a worsening economic crisis, entrenched political polarisation and a culture of fear, paranoia and state violence. Yet I have been heartened by hearing from courageous women and church leaders from across society who are meeting to nurture dialogue and reimagine their country’s future. They offer an example that all Zimbabweans should follow.

The Elders met with President Emmerson Mnangagwa at the State House. They also met with the leader of the opposition MDC, advocate Nelson Chamisa, representatives of civil society, women’s groups, church leaders and representatives of the international community.

They expressed their condolences on the passing of Zimbabwe’s founding leader, former president Robert Mugabe who died in the early hours of Friday in a hospital in Singapore where he was receiving treatment.

Machel said that Zimbabwe remained blessed with natural wealth and entrepreneurial, resilient citizens who deserve to live in dignity and prosperity. She also said that only through broad and inclusive dialogue could Zimbabwe transform into a peaceful and democratic society.