President Emmerson Mnangagwa has described the late former president of Zimbabwe, Robert Mugabe as a Pan Africanist, principled man, intelligent and a strategist. Mugabe died in the early hours of Friday in a hospital in Singapore where he had been receiving treatment for a sustained period of time.

Mnangagwa said that history would remember Mugabe as a person who stood firm in protecting the gains of the armed struggle and on the land reform agenda which unfortunately attracted sanctions on the country.

The president also said that Mugabe will be remembered as a person who championed the rights of the people of Africa and Zimbabwe in particular.

He said that the principled Mugabe remained a focused man despite life hurdles including imprisonment by colonialists. In the end, he brought Independence to Zimbabwe in 1980.

Mnangagwa also said that Mugabe was iconic in nation-building and enhancement of education in the country.

The president described Mugabe as a great teacher and mentor. He added that Mugabe had forgiving inner humanity which gave birth to multiracial harmony which was replicated in other countries in the region.

He thanked the Singapore government and medical team that was attending to him in his last days. 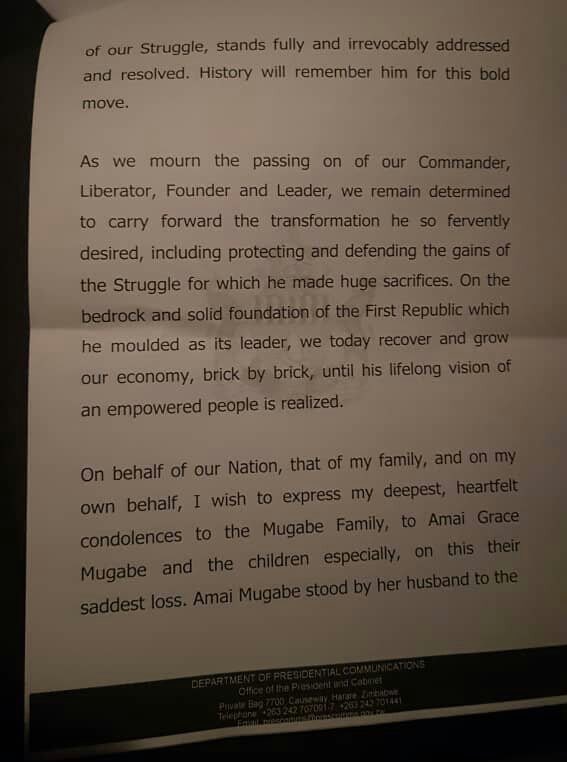