1. His Deployment To AU Was Mugabe’s Coup Proofing Tactic.

Major Gen, Mugova was believed to be one of the top army officials who were deployed on diplomatic missions as a way of coup proofing Mugabe’s reign. His redeployment was also seen as a move to neutralise the potential threat from the military that was looming in 2017. Zimbabwe Independent penned:

Sources said Mugoba’s move was also part of Mugabe’s coup-proofing by giving the security forces preferential treatment in the face of worsening economic conditions in the country. Besides the special treatment on salaries, the military has been getting constant promotions and huge perks to keep them quiet. 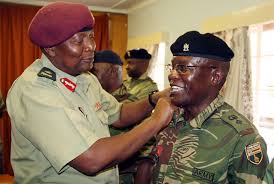 2. He came back to Harare last month

As his health deteriorated in Ethiopia the General came back home last month and a week ago was admitted at a private hospital in Harare until his death today.

3. He was one of General Sibanda’s Deputies before his deployment to Ethiopia

Before he moved to Ethiopia in 2017 he was General Sibanda’s deputy together with Gen SB Moyo and Gen D Nyikayaramba. 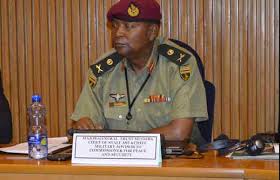 4. He was regarded as a competent commander

Having deputised Gen Valerio Sibanda, Gen Mugova was regarded as a competent commander hence his deployment to the AU. 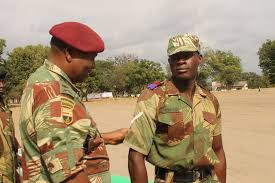 5. Died on the same day with his former Commander-In-Chief