Zimbabwe Republic Police have sanctioned the opposition MDC’ 20th-anniversary celebrations scheduled for the 14th of September at Rufaro Stadium. There were fears that the celebrations will be blocked after the State previously blocked all MDC demonstrations that were slated to begin on the 16th of August in Harare. The State argued that it had gathered concrete evidence suggesting that the protests would be violent. Analysts, however, said that the purported evidence had been inserted by the State to find excuses to stop the demonstrations. See the letter below which sanctioned the celebrations. 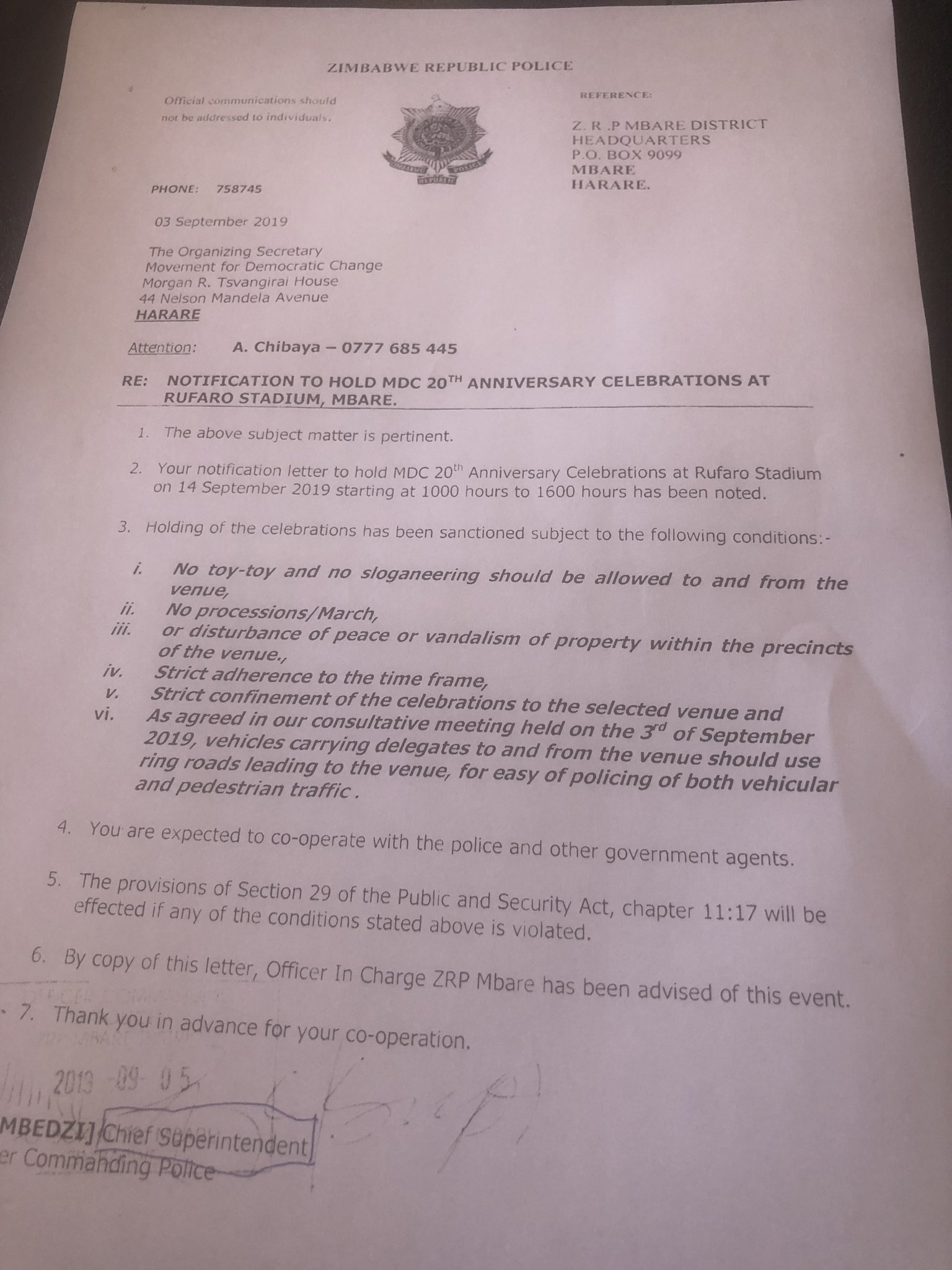