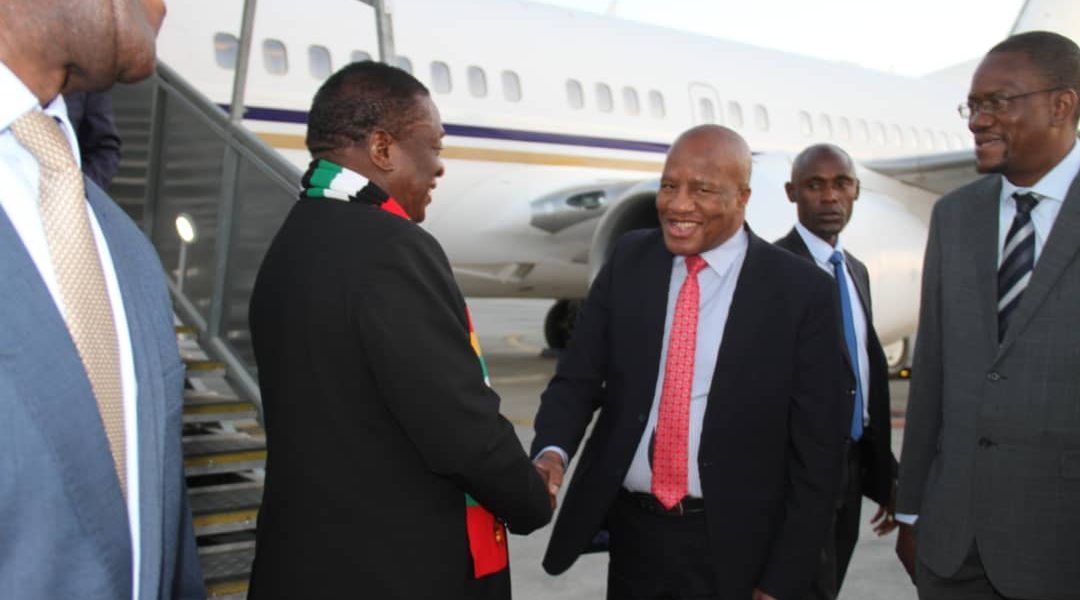 President Emmerson Mnangagwa urged the government of South Africa to use “a bit of force” to quell the ongoing xenophobic attacks against foreigners by South African citizens.

He was speaking at a dinner event hosted in his honour by the Zimbabwe Diaspora Business Forum in Cape Town, South Africa where he has gone to attend the 28th session of the World Economic Forum (WEF) for Africa. He said:

I have no doubt that the authorities here will not fold hands. They must bring sanity and to do so, they must apply a bit of force.

Speaking at the same event, Zimbabwe Diaspora Business Forum chairperson Terry Mhungu also called for the South African government to use maximum force to combat the xenophobic attacks. He said:

The continued xenophobia is a cause for concern for us here. We call on South Africa to exercise maximum force to protect foreigners living here. Xenophobia diminishes our ability as Sadc (Southern African Development Community) to fight poverty.

South Africa has witnessed a wave of violence which started in the Johannesburg’s city centre on Sunday before spreading to other areas.

South Africans are targeting businesses owned by foreigners for looting. Foreign nationals are also being brutally attacked by the protestors.