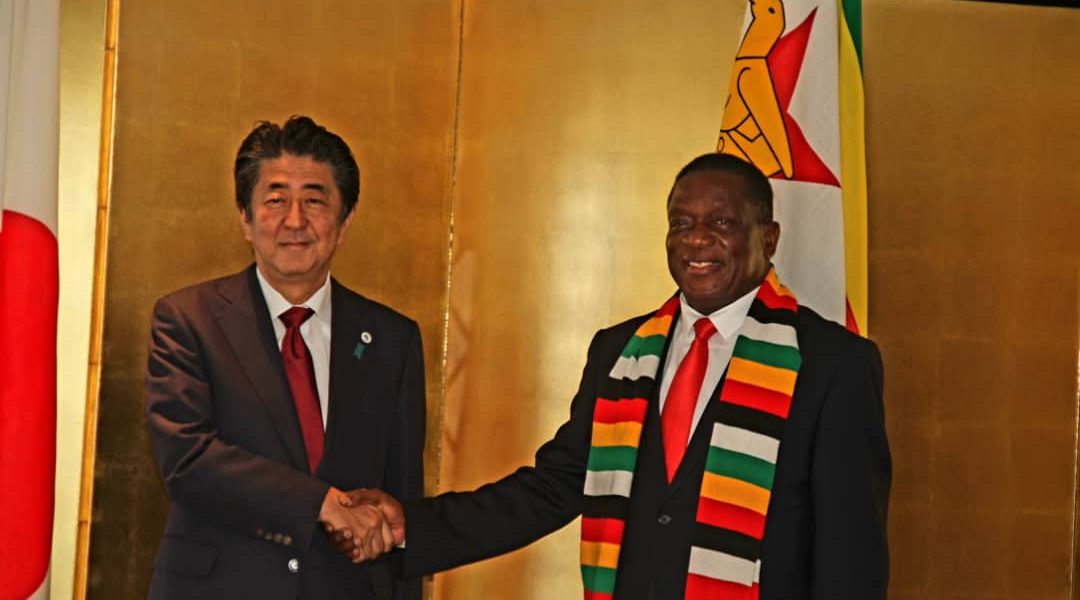 Japanese Prime Minister, Shinzo Abe has urged President Emmerson Mnangagwa to speed up institutional reforms and the democratisation of Zimbabwe.

The Japanese foreign ministry revealed in a statement that the two leaders met for 15 minutes on the sidelines of the seventh Tokyo International Conference on African Development (TICAD 7). The Japanese said:

At the outset, Prime Minister Abe mentioned the importance of institutional reforms for promoting business, as discussed at the TICAD7, and stated that ‘We hope that reform will be promoted and democratisation will be advanced in Zimbabwe under the leadership of President Mnangagwa’.

The Japanese government also announced its intention to support the improvement of hospital facilities and food security in Zimbabwe.

Japan will send an experienced agricultural expert to Zimbabwe, the Ministry revealed. The Asian country requested an improvement in the business environment for the promotion of trade and investments between the two countries.

3 comments on “Japan Urges President Mnangagwa To Speed Up Reforms”