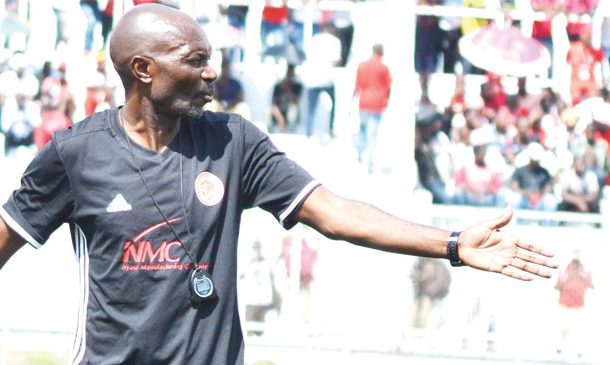 The Malawi champions are in Zimbabwe for the first round, second leg tie of the Caf Champions League against FC Platinum at Barbourfields Stadium on Saturday.

Pasuwa and his charges arrived in Bulawayo on Thursday afternoon. Speaking to reporters during a stopover in Harare, he said:

So far so good but fatigue, we trained in the morning and you could see the legs are heavy, but we are trying our best to see how we can manage this with the doctors.

We have one player Chiukepo Msowoya he could not train, he only got involved for two to three minutes, he is down with a hamstring injury and that is a setback on our side.

But the other 21 guys we brought I think they are okay we will have to see tomorrow at training.

Today we trained on a grass pitch just like Barbourfields and you could see the players are trying to adapt, the ball was moving slowly.

But we hope by Saturday the boys will be fresh enough to do the job.

Nyasa Big Bullets have an advantage over FC platinum in theory after drawing 0-0 in Blantyre because if they score one goal, their hosts will have to score two goals to proceed.