The 48 activists drawn for the SADC countries were participants for the 39th SADC Summit hosted by Tanzania.

A statement released by the Tanzania Human Rights Defenders Coalition reads in part:

About 48 participants to the 39th SADC summit, some of them being members of Civil Society Organisations (CSOs) from Tanzania, Zimbabwe, and South Africa are under interrogation by security agencies.

Some of them had their accommodations searched midnight today in the hotels where they were sleeping in Dar es Salaam.

… We urge security officers to free these rights defenders/CSOs because continuing to hold them will paint a bad image to the nation.

We also urge the Tanzanian police force to speed up their investigation/interrogation and allow the delegates to participate in the ongoing meetings or any planned activity.

To do otherwise would be interpreted as efforts to obstruct these delegates from engaging fully in SADC meetings and other activities planned for today which will eventually distort the image of the country. 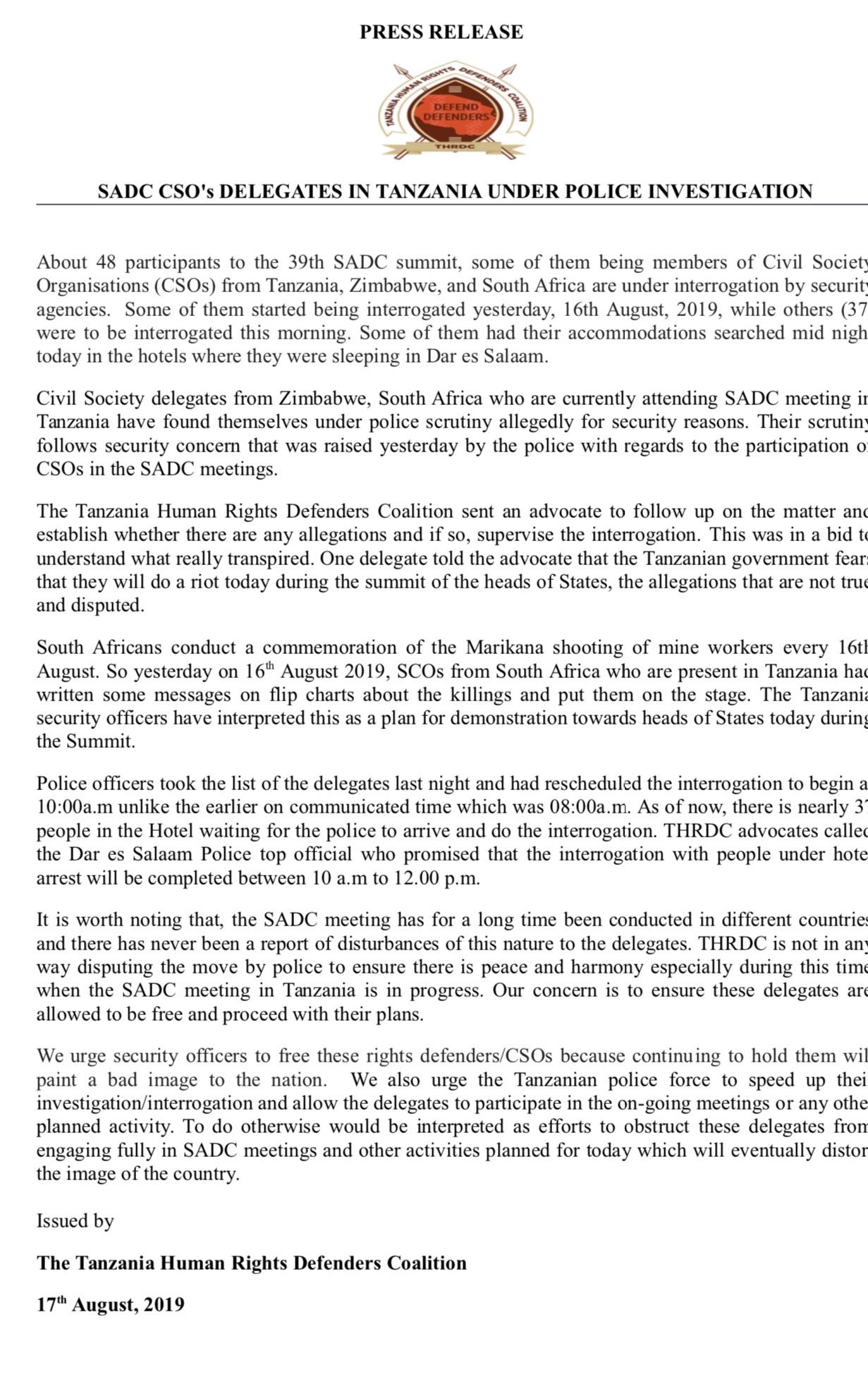