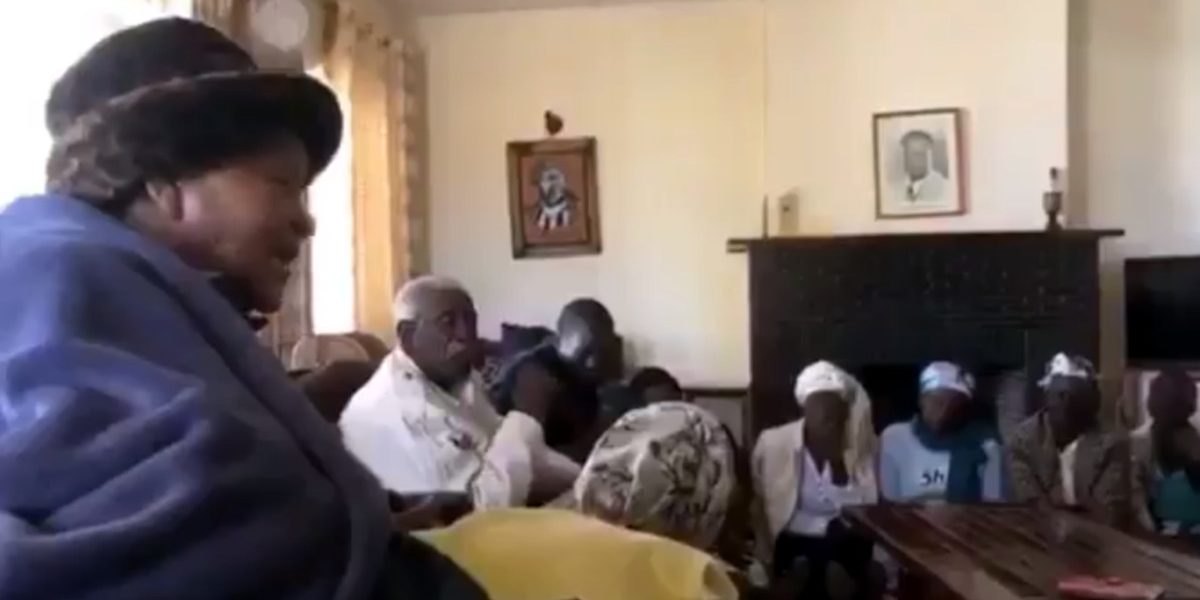 After being introduced to the 23 men co-accused with the now-imprisoned Chief Ndiweni, his mother Gogo Masuku, said she forgives the people tormenting her son.

Chief Ndiweni’s elder brother, Mahlabezulu, had the outcome of the court case to the family.

Chief Ndiweni of Ntabazinduna was convicted and sentenced to an effective 18 months in jail for malicious damage to property worth US $30.