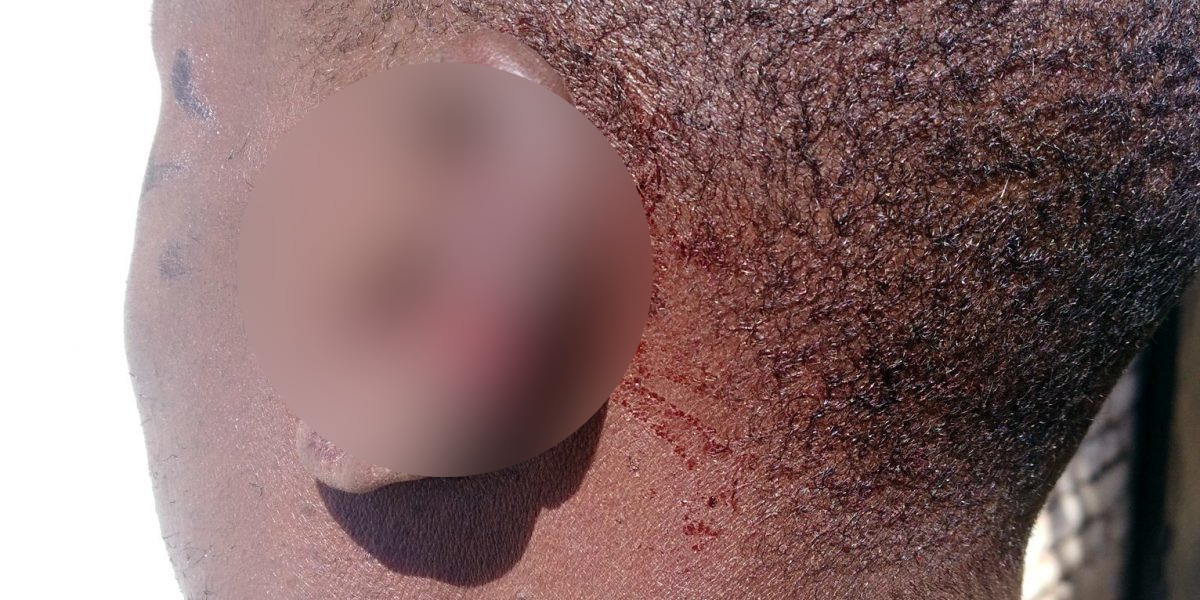 Human rights activist Makomborero Haruzivishe has claimed that Zanu PF youths were used to abduct protestors during the 16 August Demonstration in Harare. The Zanu PF, he said, were wearing Zimbabwe Republic Police uniform.

Haruzivishe posted pictures on Twitter of a 32-year-old man who was apparently abducted and tortured at Zanu PF HQ as part of the operation.

Zenzo, a 32 year old youth was abdudcted in Mbuya Nehanda Street at around 1200hrs yesterday by a group of ZanuPf youths who were in @PoliceZimbabwe uniform.

He was taken to a basement at ZanuPf headquarters and tortured. He sustained injuries all over his body.

He was tortured together with around a dozen other citizens. The ZanuPf youths used logs, baton sticks, open hands & fists to beat them. He saw some who had either fainted or died being thrown into what appeared like a drainage way that led from the basement.

During torture one of the youths hit him on the head with a pistol threatening to kill him for participating in the #FreeZimbabweCampaign. He was also hit on his backside, hands, knees, & legs with baton sticks, logs. They kicked, slapped him with open & hit with fists.

He saw some of the victims who after being tortured were force-given knives & catapults before being taken to Harare Central Police Station. This is fabrication of evidence of possession of weapons for use in violence as means to further persecute using the justice system.

One of the ZanuPf youths who may have either recognized Zenzo or his surname during interrogation requested his ID card at around 1800hrs. He then forced him to eat sadza & later vouched for his release. They took his money We are not sure of what really became of others.

Those with missing friends/relatives need to check out with ZanuPf. It’s pathetic how @PoliceZimbabwe has reduced itself to a ZanuPf militia group that works to fulfill ZanuPf partisan political interests. Critical question now is who will police the police?