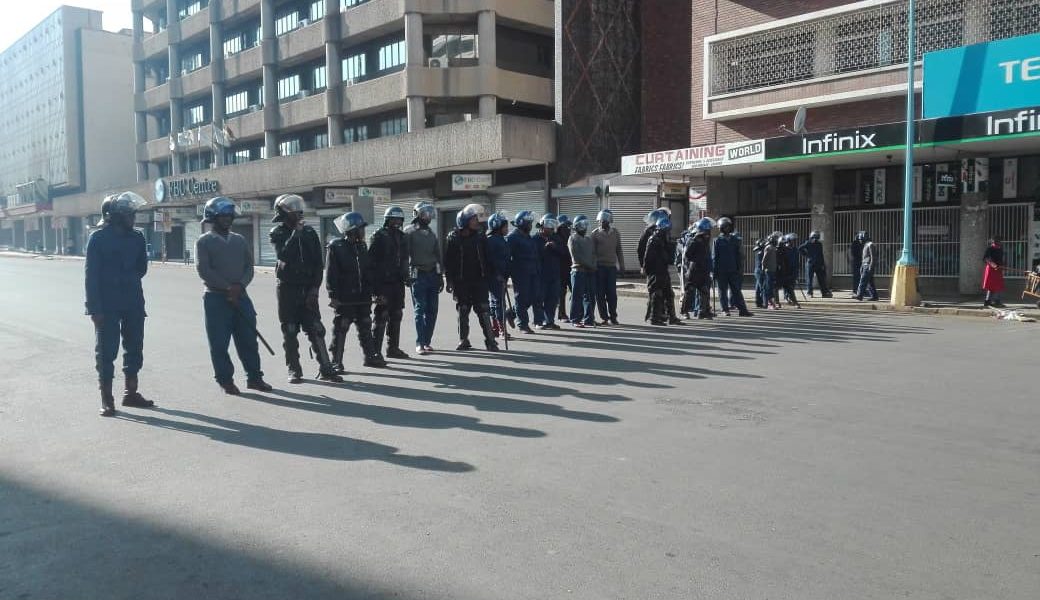 Some reactions to the high courts dismissal of the application by the MDC saturday morning, to allow the planned demostrations. The demonstrations were banned by the police arguing that they did not have enough manpower and that people could take advantage of the demonstrations to loot because there’s too much poverty.

The prohibition by the Zimbabwe Republic Police of our #FreeZimbabweMarch is unlawful & unconstitutional. It exposes the true colors of this regime . That this is a fascist authoritarian regime without respect to civil & political rights. A regime without shame @AsstSecStateAF – Tendai Biti

Today the government has desecrated the constitution in multiple ways by refusing the people of Zimbabwe their rights to; demonstrate peacefully; privacy; freedom of assembly and association et cetera.#16August #Harare #Demo – Billy Masara

It is good for peace. The demo was always going to be violent. Sit down as men and join POLAD. You will be heard. – Never Maswerasei

Going to court is probably the most useless strategy for the MDC now. This article by my colleague Andrew Kunambura sheds the light on post coup dynamics for the judiciary https://www.theindependent.co.zw/2018/07/20/judges-generals-and-post-coup-dynamics  – Nqaba Matshazi

Going to court and losing validates the claim by Paul Nyathi that anyone who now demonstrates is breaking the law. It was better to defy the so-called prohibition order, march then if arrested, use the Chigumba judgement in defence. That’s my two cents. – Jealousy Mawarire