POLICE UPDATE ON THE SECURITY SITUATION IN ZIMBABWE

The Zimbabwe Republic Police informs the nation that following the issuance of a prohibition notice by the Regulating Authority for Harare Central District, the MDC Alliance filed an urgent chamber application with the High Court. The High Court ruled against the holding of the demonstrations but the MDC Alliance activists went on to gather at Africa Unity Square and other parts of Harare Central Business District, in defiance of the court ruling.

We have also noted with concern falsehoods by some online publications that the police shot into the crowds and killed two people, which is false. No live rounds were used by the police. No one was shot or injured by police through firearms.

The police is firm on the ground to ensure that law and order is maintained. We are appealing to members of the public to remain calm and peaceful. They should continue to conduct day to day activities in a peaceful manner.

We want to assure all citizens that the police stand ready to protect Zimbabweans and visitors in line with its constitutional responsibility. Let us be responsible and shun acts of violence, destruction, looting of property and disturbing business operations in the country. 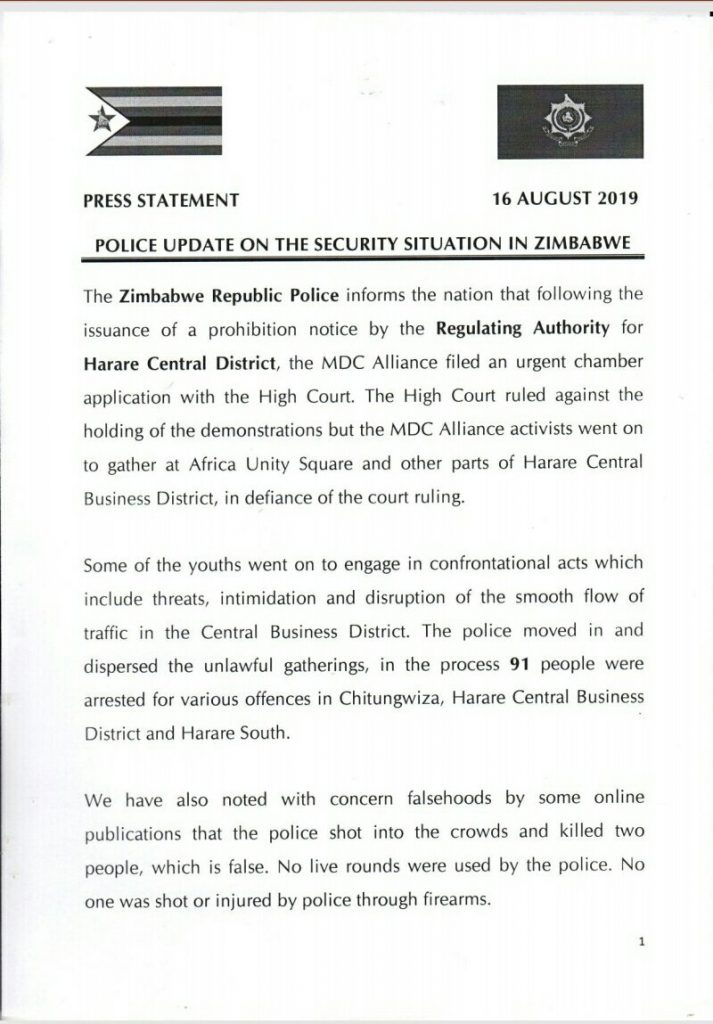 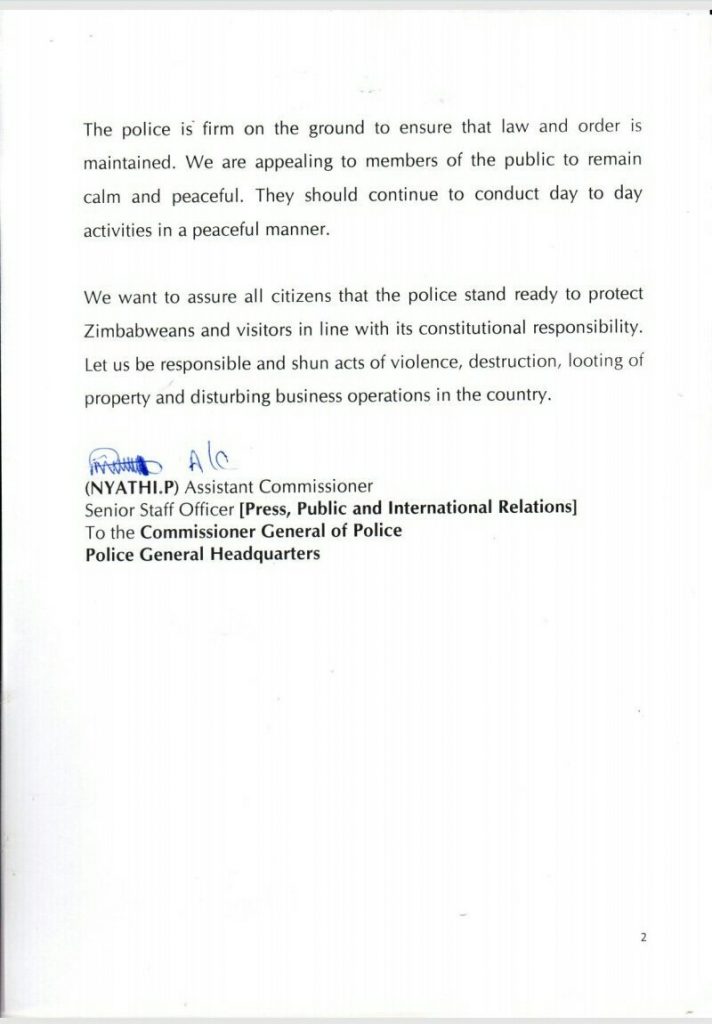