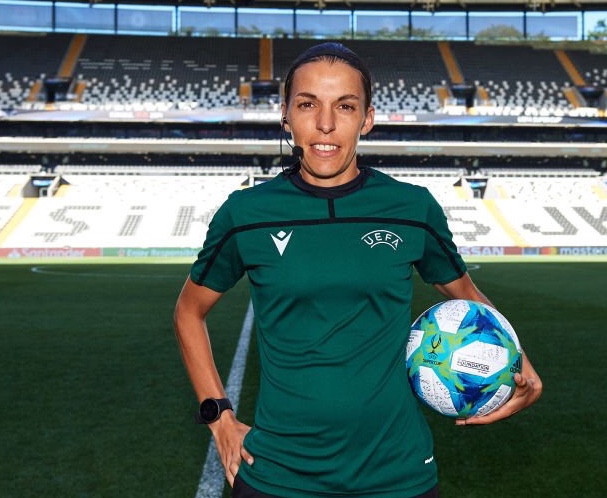 Stéphanie Frappart (35) becomes the first female official to take charge of a major UEFA men’s competition event. She will be assisted by Manuela Nicolosi and Michelle O’Neal.

The UEFA Super Cup is the curtain-raiser to the new 2019/20 season and will be played at Beşiktaş Park in Istanbul, Turkey.

I have said on many occasions that the potential for women’s football has no limits and I am delighted that Stéphanie Frappart has been appointed to officiate at this year’s UEFA Super Cup along with assistant referees Manuela Nicolosi and Michelle O’Neal.

As an organisation, we place the utmost importance on the development of women’s football in all areas. I hope the skill and devotion that Stéphanie has shown throughout her career to reach this level will provide inspiration to millions of girls and women around Europe and show them there should be no barriers in order to reach one’s dream.

Video Assistant Referees (VAR) will be used in Istanbul. The VAR official will be Clement Turpin from France, and he will be aided by fellow countryman François Letexier, Mark Borsch of Germany and Italy’s Massimiliano Irrati.