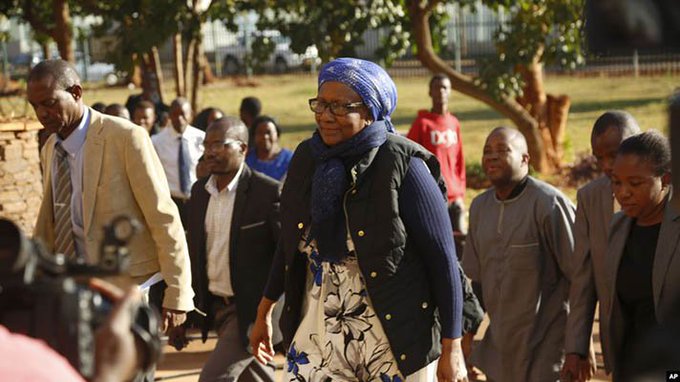 A photo of Mupfumira holding a bag and a handbag, going to court yesterday sparked a debate on social media as people thought she was getting special treatment whilst in custody for her grand corruption case. It is believed the former minister got a special seat in the transportation van and was ushered into the courtroom through the backdoor. 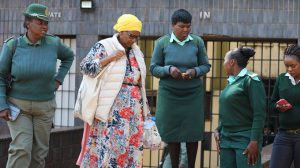 Speaking to The Herald, ZPS, however, came out to squash the stories circulating on social media by saying she is not a convicted criminal she is allowed to provide for herself whilst in custody:

We have Section 78 of Prisons Act Chapter 7:11 which says an unconvicted prisoner may be permitted to maintain himself and to arrange for the purchase or receive from private sources at proper hours items such as food, bedding clothing or other necessities as the commissioner may from time to time determine