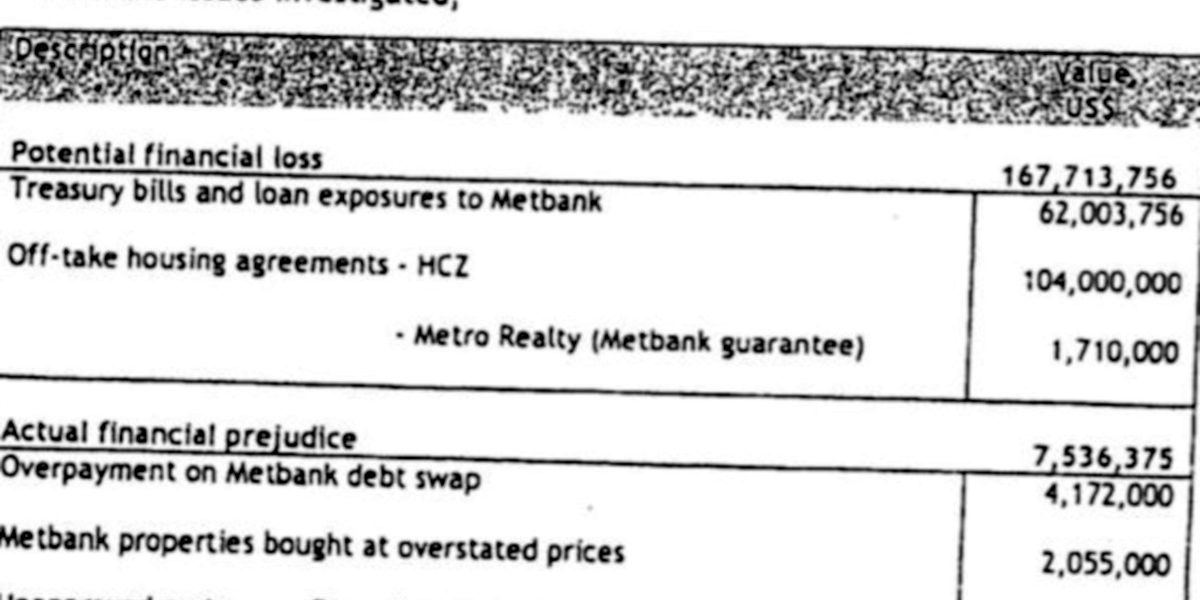 The forensic audit report released earlier this week has a breakdown of the money that NSSA potentially between January 2015 and February 2018 (the period covered by the Audit investigation).

According to the report, actualy significant amounts were lost to Metbank. Potential losses were also made to MetBank and housing agreements with an entity called HCZ. 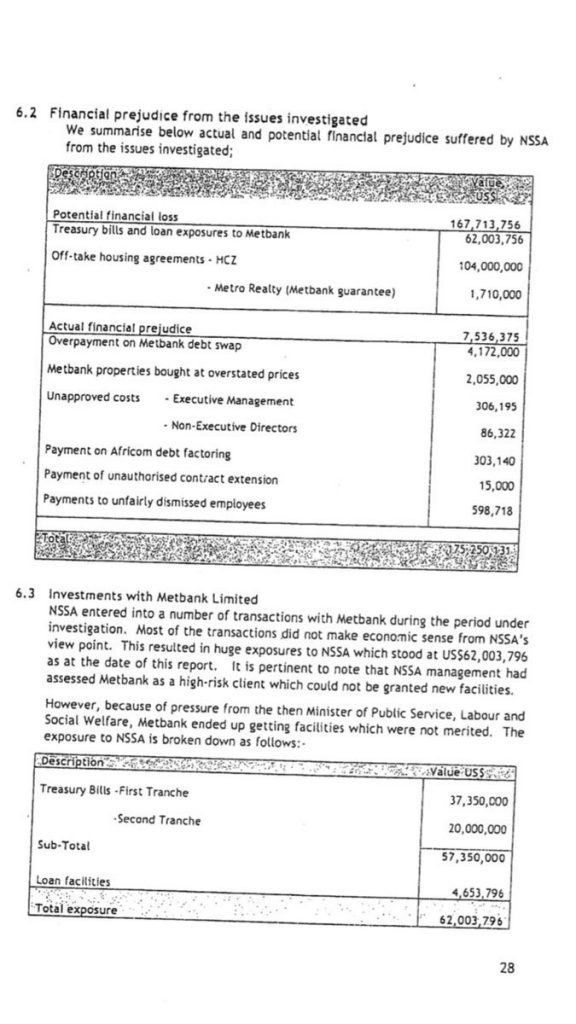