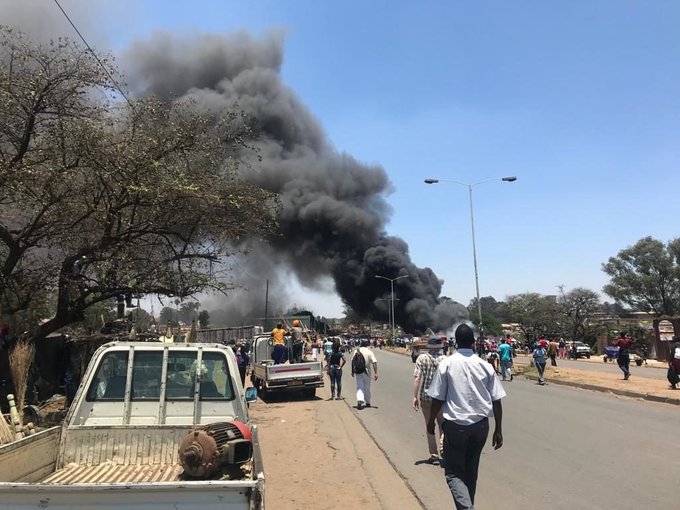 The last time Siyaso was gutted by fire, it was during the day

The fire reportedly started around 9 pm and security guards only became aware of the inferno when a greater part of the market had been engulfed.

A security guard who spoke to the Daily News said that he was not aware of how the blaze started. The guard, Marko Hwengwe, said:

We are not exactly sure how the fire started but we just saw flames from where we were standing. From there we alerted others who then called the fire brigade to come and douse the flames.

Harare Fire Brigade assistant divisional officer Moses Bvumavaranda revealed that well notified of the fire incident around 11 pm. He opined that an electrical fault and some flammable items could have been responsible. He said:

When firefighters attended to the alarm the complex was well alight meaning that it was covered with a full-blown fire. Another fire truck responded with a water carrier and from then on fire fighting started.

Preliminary results from the information gathered from some of the security guards and people around the complex suggested that it could have been an electrical fault caused by a short fuse.

We did face some challenges in putting out the fire as most of the hydrants were damaged therefore water was a problem.

Another problem was that the fire was spreading very fast because the market structures are congested.