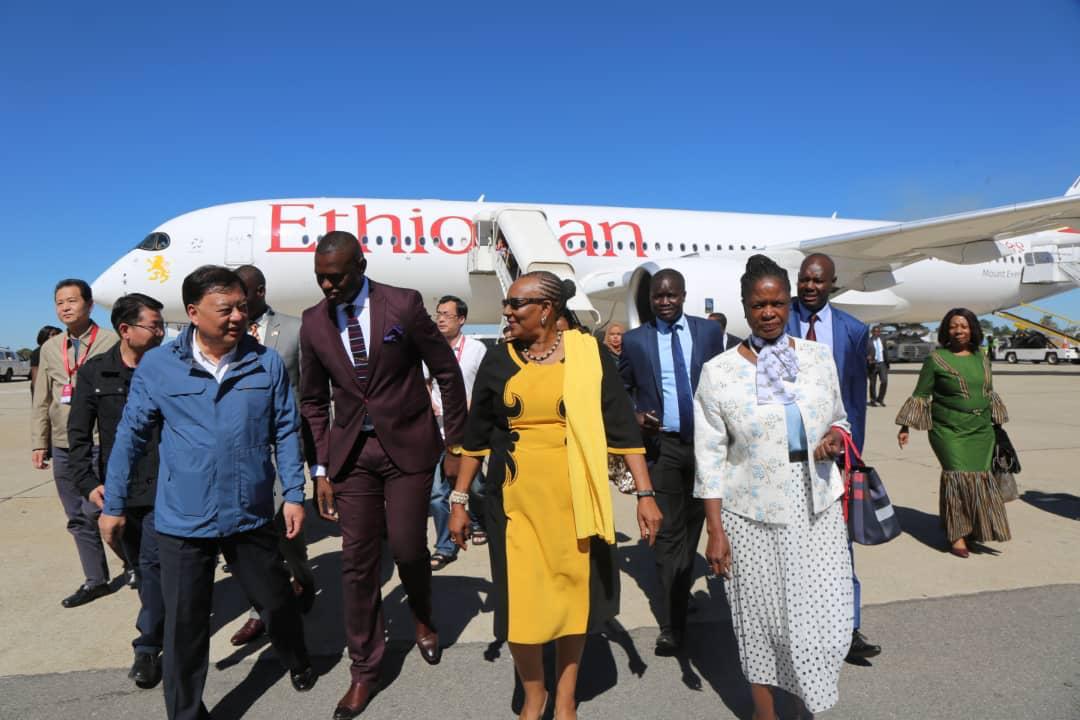 The Minister of Tourism and Hospitality, Prisca Mupfumira has been arrested by the Zimbabwe Anti-corruption Commission (ZACC) on allegations of corruption.

ZACC did not disclose the specific charge that she is facing but promised to give more details later.

Mupfumira had just returned home from the United Kingdom where she had accompanied the Zimbabwe World Cup Netball team to Liverpool.

She was recently named by the Zanu PF youth league as part of a list of political and business persons who were sabotaging the economy through acts of corruption.

Other senior figures included on the list are Reserve Bank of Zimbabwe governor John Mangudya and Zanu PF secretary for administration Obert Mpofu.

Reports indicate that Mupfumira’s arrest has something to do with her time at the National Social Security Authority (NSSA).

ZACC said in a statement:

We can confirm that the Minister of Tourism is currently in our custody for questioning and possible due processes. We can not respond to any questions at the moment as this is a live process. The press will be informed through a release later in the day. We’ll keep updating…

2 comments on “JUST IN: Tourism Minister, Mupfumira Arrested By ZACC”