The High Court of Zimbabwe has declared that the Zimbabwe Broadcasting Authority (ZBC) and Zimbabwe Newspapers Limited (ZimPapers) were not impartial in the run-up to the August 2018 harmonised elections.

The Court ordered that ZBC and Zimpapers must be impartial and exercise editorial independence. In its ruling, the Court declared:

The first and second respondents are hereby ordered and directed to exercise impartiality and independence in the editorial content of their broadcasts or other communication and afford fair opportunity for the presentation of divergent views and dissenting opinions by ensuring that their communications do not show bias in favour of one political party or its candidates against others. 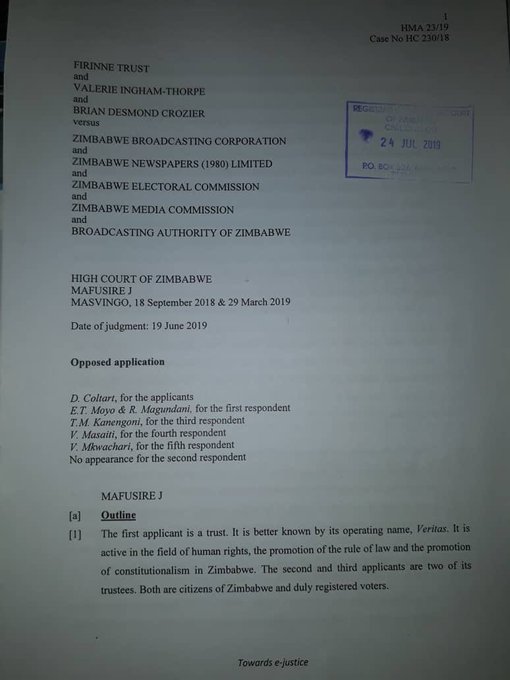 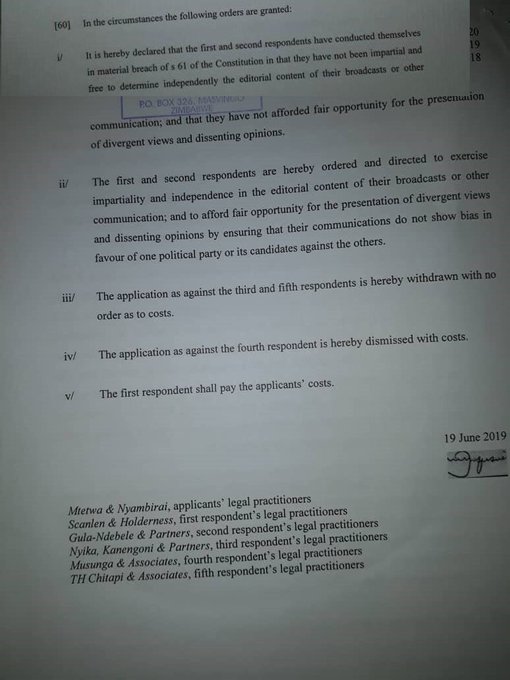