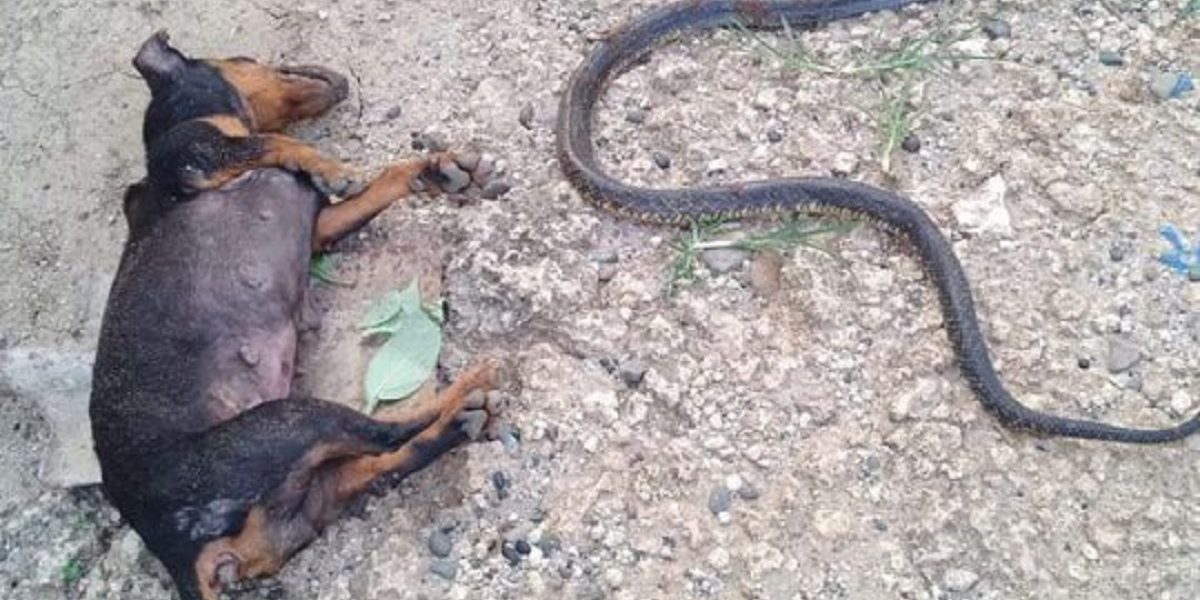 Hero dogs in the video below fought the lethal reptile to prevent it from entering into baby Skye’s room. This happened outside the family home in Kidapawan City, the Philippines and was captured on CCTV. Skye’s father, Jaime Selim, said that he and wife Pauie were at work during the incident. His daughter had been sleeping at home with a babysitter, who then reviewed the CCTV footage to see what had happened. The footage showed Moxie, a two-year-old white dachshund, immediately rushing over and pawing at the snake as it neared the property. The other dog Miley, aged four, then launched into a frenzied defence. After a two-minute tussle, the snake stopped moving and died from its injuries. But sadly moments later, Miley also died from her injuries, having been bitten by the cobra several times. Moxie luckily survived the attack but was left blind after being hit by the snake’s sprayed venom.