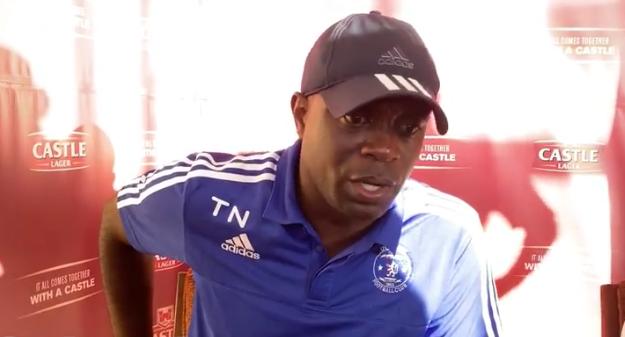 Dynamos and Caps United shared the spoils in the much-anticipated Harare derby that was played on Sunday at Rufaro Stadium.

The Green Machine scored first in the 43rd minuted through Joel Ngodzo, only for Simbarashe Nhivi to equalise two minutes later. The match ended 1-1.

DeMbare coach Tonderai Ndiraya expressed satisfaction with the positive impact made by his new signings. Speaking during the post-match media conference, Ndiraya said:

That’s what we had in our minds when we brought in those players. It’s not reasonable to buy players mid-season and sit them out.

Previously, I bemoaned the quality in our team and today you could all see that it’s a different Dynamos despite the low fitness levels of some of the players.

Ndiraya, however, bemoaned the low fitness levels of some players which he reckons might have cost them all three points.

He expressed hope that fitness-wise, his charges will get better in the coming weeks.