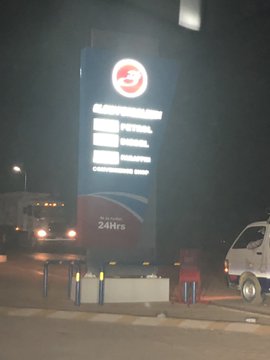 Some service stations are reportedly still demanding payment in US dollars despite the banning of the use of foreign currency in domestic transactions.

Last month the government promulgated Statutory Instrument 142 of 2019 which made the Zimbabwe dollar the sole legal tender.

However, according to a top lawyer, Tinomudaishe Chinyoka, Glow Petroleum in Shurugwi is selling fuel in US dollars. In a post on social media site Twitter, Chonyoka wrote:

This is GloPetroleum in Shurugwi. Arrived there at 8:15 pm today 20/07/2019 looking for diesel. The attendant comes to the car and says “diesel tirikubhadharisa nemaUS$”. I said ‘but that’s not allowed’. She shrugs.

Maybe the Statutory Instrument got repealed?