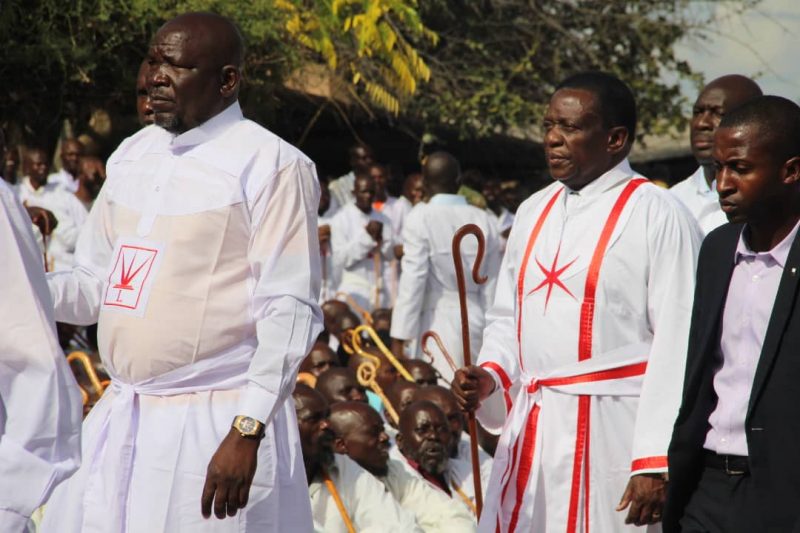 The elders assured Mnangagwa of their support during their Passover which was held at St Noah headquarters in Mafararikwa, Bocha in Marange recently.

One of the elders told the crowd that President Mnangagwa was in power by divine decree. He said:

We don’t oppose the ruling party; we follow instructions from our leader.

He (Taguta) told us to go and vote for President Mnangagwa. We did so and he (Mnangagwa) won.

Your (Mnangagwa) groups you work with had plotted a bhora musango (vote sabotage) but vapostori said our President is Mnangagwa. That’s why you are there today.

… Even when our economy is struggling, we tell our people to be calm because the President was chosen by God.

In response, President Mnangagwa said that he will not turn his back on the sect. He said:

There is a relationship already between the party (Zanu PF) and your church.

I was here in July last year and the crowd was not as this big and you promised me that you follow what your leader (St Noah) tells you to vote for me…you voted for me.

Zvino uyo anokupa chigaro womudadira unenge uri benzi rakaita sei (You cannot turn your back on people who have voted you in power. You will be a fool)