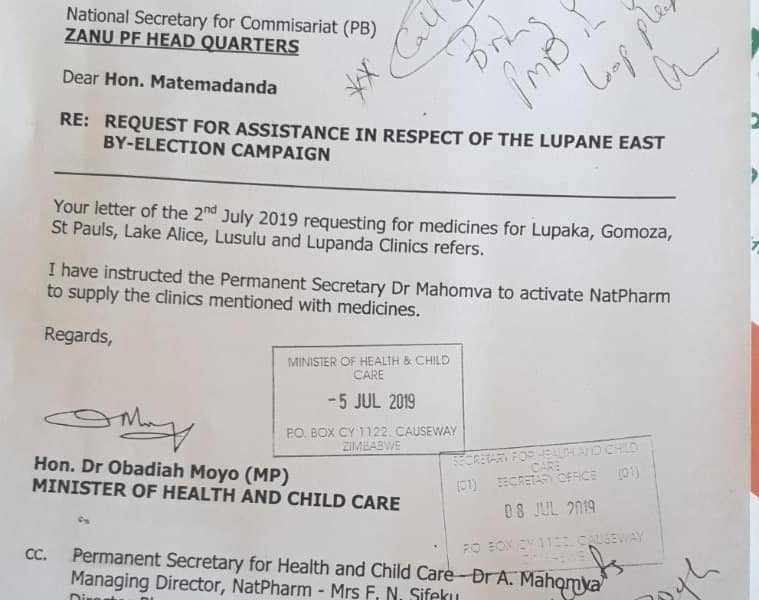 The Permanent Secretary in the Ministry of Health and Child Care, Dr Agnes Mahomva has been castigated for being dishonest after she tried to cover up ZANU PF’s politicisation of medicinal drugs.

Constitutional law expert and political analyst, Alex Magaisa said that it is clear that the ruling party has been caught red-handed engaging in vote-buying. Wrote Magaisa:

The Permanent Secretary for the Health Ministry Dr Mahomva is being disingenuous. Says the ministry assists citizens “regardless of activities taking place”.

Except, of course, as highlighted below her boss’ letter was specifically in response to ZANU PF political activities.

It’s evident that she’s trying too hard to explain a situation where the government and ZANU PF have been caught red-handed engaging in bribery, vote-buying and abuse of public resources in that the medicine distribution was meant to further the cause of a political party.

But we know, because the standards are so low, that Dr Mahomva’s ridiculous denial will be good enough for ZACC, the Zimbabwe Republic Police and the electoral body, ZEC. The matter will most likely be put to rest. The system does not harm itself.

Last week a letter written by Health Minister Obadiah Moyo was leaked. Moyo revealed to ZANU PF political Commissar, Victor Matemadanda that he had directed Dr Mahomva to avail drugs from NatPharm ahead of a by-election to be held in Lupane East. The drugs were to be disbursed to six clinics as had been requested by ZANU PF. 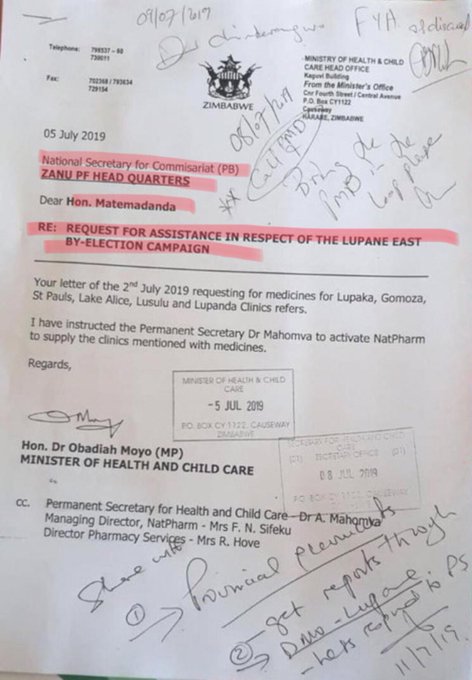