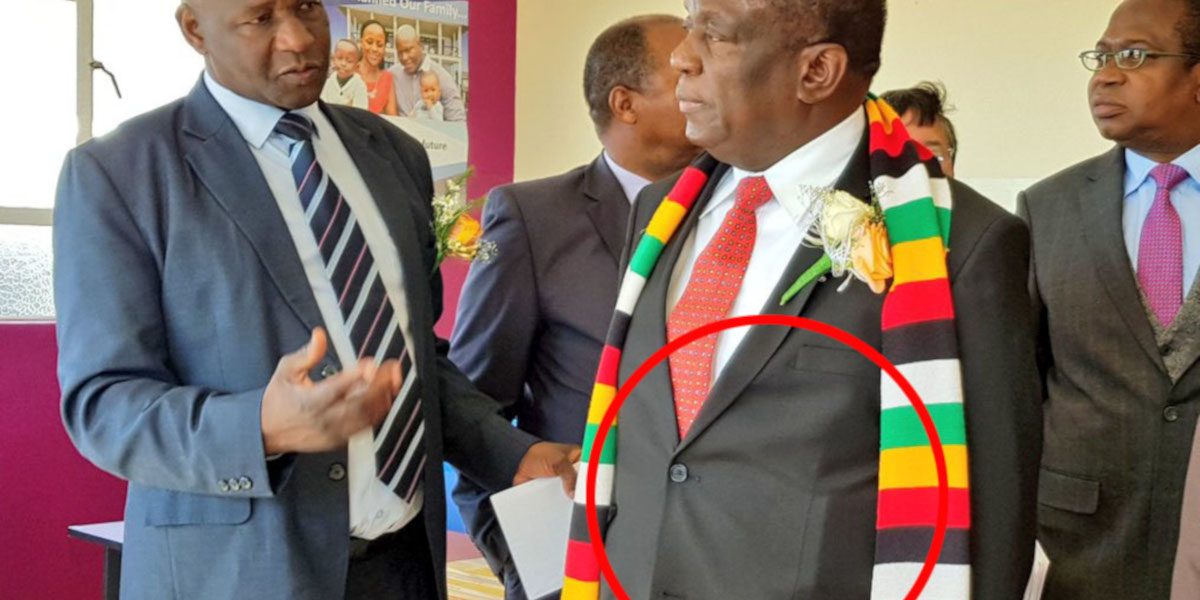 Zimbabwe president Emmerson Mnangagwa reportdely wore a bulletproof vest to a clinic opening event in Harare. A report on Zimlive which describes him as Paranoid says Mnangagwa faces multiple threats to his rule and  that this has spurred him to make a number of changes to is security arrangements.

A photo of the president at the Hopely Clinic official opening shows an unnatural bulge lining his stock, which the report says is caused by the vest he wore.

His shaky hold on power forced him, in February this year, to change his security details. Mnangagwa is now employing Air Force bodyguards after replacing soldiers from the Presidential Guard.

His security protocols now require senior government officials who would sit near him to go through scanners while his tent is now pitched far away from crowds.

Within Zanu PF, Mnangagwa is also said to be facing a rebellion from loyalists of his deputy, retired general Constantino Chiwenga, who say he has failed to run the country and placed their futures in grave danger with the growing threat of public uprisings. 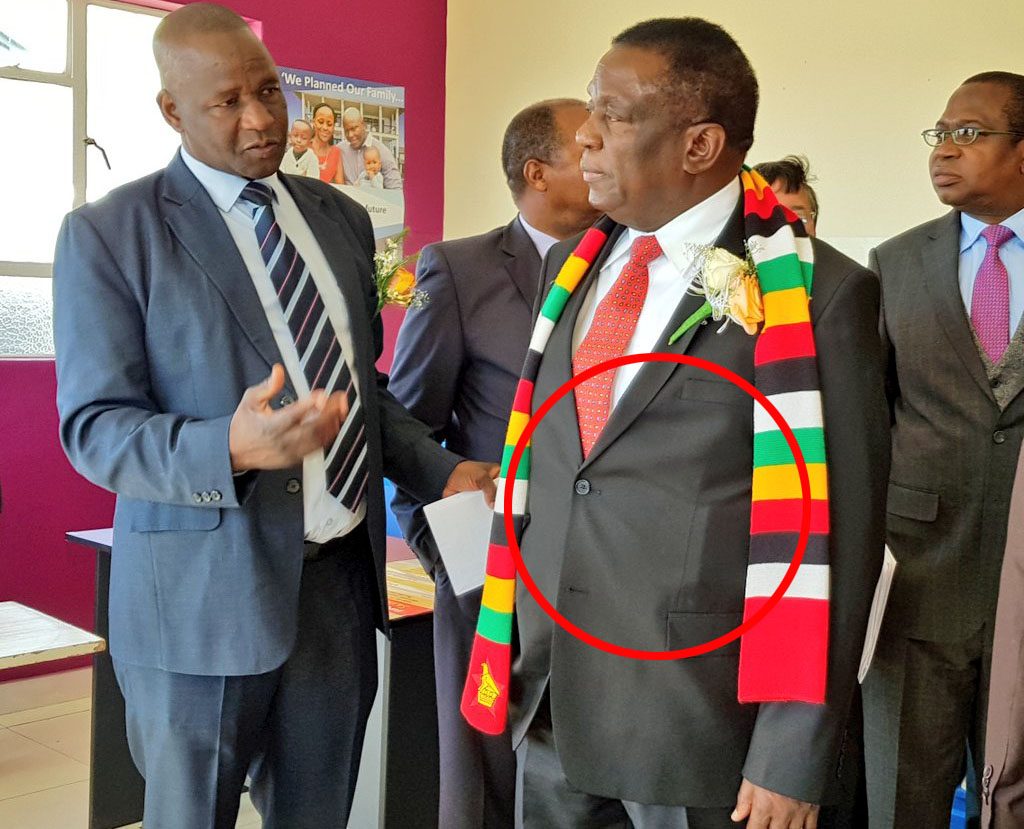