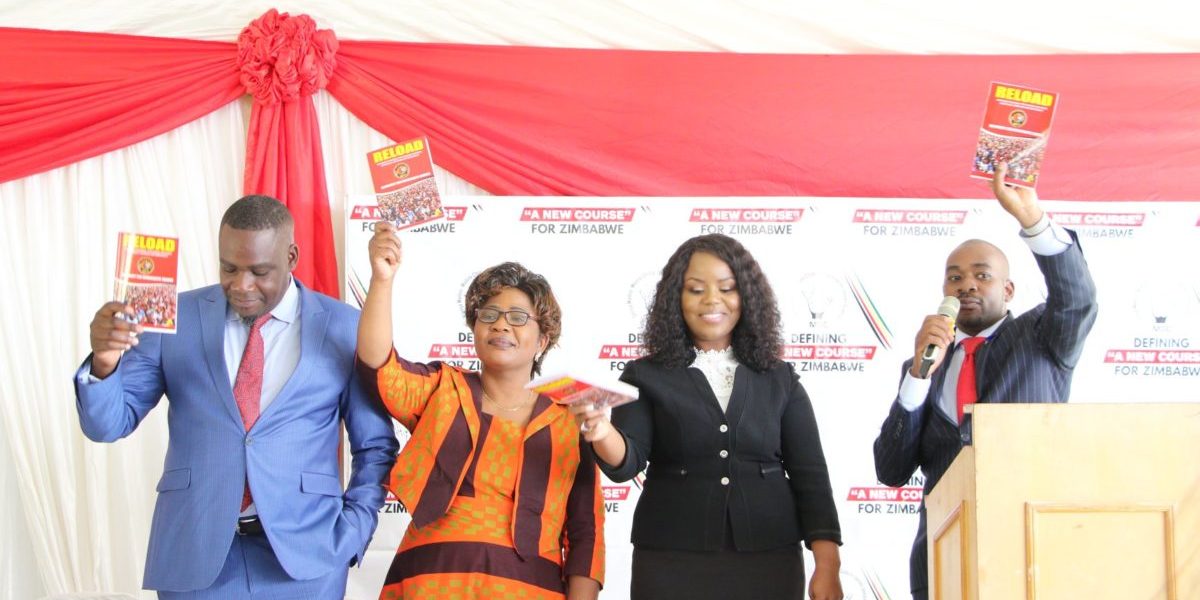 Chamisa said that dialogue with Mnangagwa and ZANU was of utmost importance but if that failed, the MDC would go into the streets.

Speaking during the launch of the party’s new policy document, RELOAD, in Harare, Chamisa said:

If you’re able to save lives, to have a dialogue to resolve the key questions of your country, why can’t you do that?

Chamisa maintained that his party will not accept mediation done by Mnangagwa’s appointees but would want any talks to be guaranteed by a mutually accepted facilitator and interlocutor. He said:

We want dialogue that is bankable and irreversible. It must be scaffolded, underwritten and guaranteed by the international community and the people of Zimbabwe.

There must be a mutually accepted facilitator and interlocutor. We’re not going to accept this thing of Mr Mnangagwa of bringing his own appointed commissions and saying they must be adjudicators. They can’t.

They don’t have the stamina, national or international, to be able to withstand the kind of political conflict that is there.

In any event, you can’t have a dialogue of people who are like-minded; the dialogue is between those who’re disagreeing.

Our fundamental disagreement is that Mr Mnangagwa was not elected, he’s saying he was elected so we must resolve that.

He has said drop the legitimacy issue, I’ll not drop it because that’s my trump card to my dialogue with him.

The issue of who has been given the mandate must be resolved first.