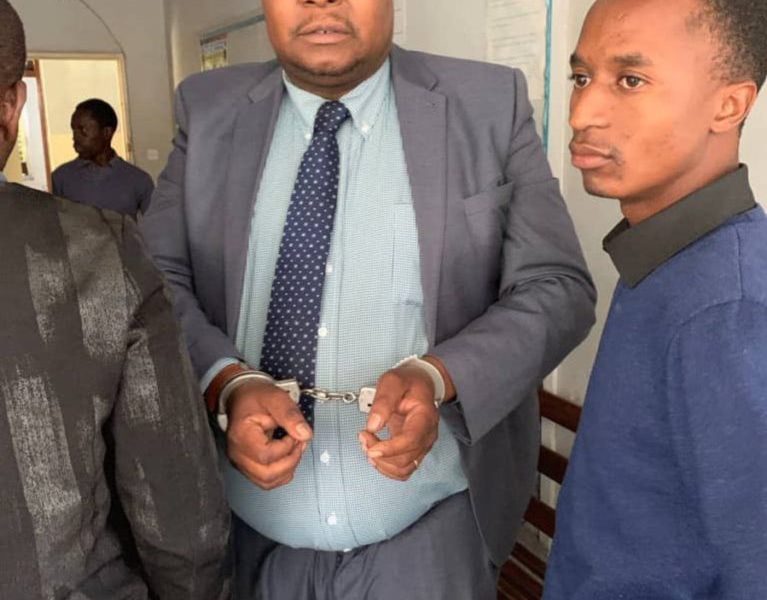 The MDC condemns in the strongest terms the brazen and wanton violation of the Constitutional and Human Rights of our vice Chairman Honourable Job Sikhala. What happened this afternoon has no place in any civilized and democratic society.

Honourable Job Sikhala is not only a Member of Parliament but also a legal practitioner who in our view has not committed any crime and on receiving information that the police wanted to interview him promptly went to the police station accompanied by his lawyers.

In any country properly upholding the Rule of Law the recording of a warned and cautioned statement would have sufficed to bear in mind the innocuous nature of the allegations.

However, in Zimbabwe, things are done differently and he was detained overnight and it was indicated that he would appear in court today.

Indeed the team of lawyers representing him had an audience with the National Prosecuting Authority and arrangements were made for his court appearance.

What happened next is like a script from a horror movie. While most of the Lawyers had gone to Rotten Row I remained behind and on enquiry, I was assured that the paperwork was complete and he would be taken to Rotten Row.

Alas, there were sinister plans and as we were leaving the Law and Order section the barriers were closed and I was physically barred from leaving and it was indicated that only the Accused was to leave and I could not leave for some 20 minutes.

Honourable Sikhala was not taken to Rotten Row and I have no idea where he is. This amounts to abduction and a violation of his Constitutional and Human Rights.

He is entitled to legal representation and there was and is no need for this subterfuge and chicanery.

It vindicates our position that far from being in a new dispensation this is worse than what used to happen under the old regime. All the talk of political reforms ii nothing but cheap talk

This is reinforced by the fact that while Honourable Sikhala was being whisked away from the MDC Youth Assembly Secretary-General Gift Ostallos Siziba who also went to the police on his own and he is facing spurious charges of incitement to commit public violence and he has been detained.

Our Constitution guarantees the people various rights such as Freedom of Speech and political rights and it is not a crime to advocate for the exercise of these fundamental freedoms and rights.

We remain resolute and determined to fight for the completion of the unfinished business of the liberation struggle and Zimbabwe shall become a free and prosperous country under the able leadership of Advocate Nelson Chamisa.

Secretary for Justice and Legal Affairs.

One Comment on “FULL TEXT: MDC Statement On Police Treatment Of Job Sikhala”