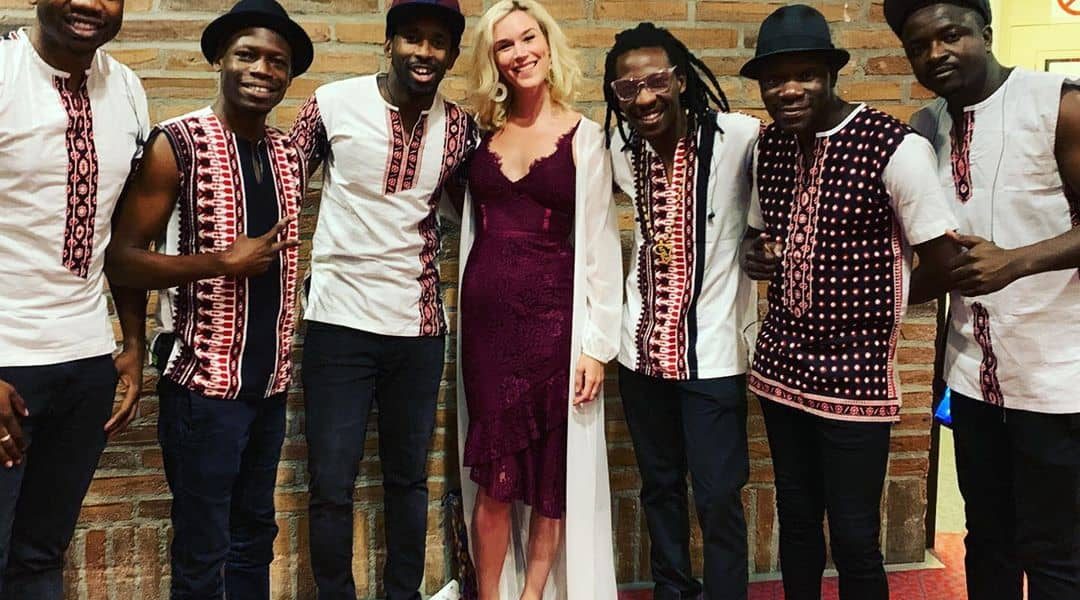 Musicians, Producers, composers from Zimbabwe are making it big outside the land bordered by Zambezi and Limpopo. These are the 23 music personalities that are raising the Zim flag high internationally. 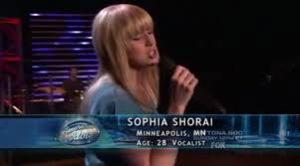 Sophia was born in Zimbabwe and grew up in America. Sophia is a Jazz musician whose enthusiastic and prominent voice has been featured in commercials, television series and film. In 2011 she was a contestant on American Idol season 10. Sophia has been performing ever since she was a 5-year-old girl. Her latest work includes this collabo she did with Golden.

Shingai is the lead singer for the Noisettes band. The band has extensively toured Europe and America. The band is known for this hit that topped UK singles charts in 2009. Don’t Upset the rhythm 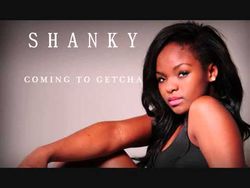 The award-winning Shanky as she is affectionately known is popular for singing this version of our national anthem. Shanky moved to the UK when she was a teenager and she has been flying the Zim flag high by releasing songs like Swedera and featuring in Stunner’s song Cele Mama while in the diaspora.

Born Desire Sibanda, Dizzy Dee moved to Austalia in 2007 on a student visa. Dizzy is a reggae singer and songwriter, based in Melbourne where he performs and works as a DJ.  In February 2017 he performed at the 36th Annual Bob Marley Outernational concert as a headline artist alongside Etana and Black Slate. In March 2017 he toured with Beenie Man as one of the official supporting artists on the Grammy award-winning artist’s maiden tour of Australia

His songs include My Journey and Cool it just to mention a few.

Tarisai is an Australian based gospel musician who was born in Zimbabwe. This is one of Tarisai’s hits that was released in 2017. At one point she was a contestant on Australia Idol but was eliminated on her 5th appearance.

Watch her in action on her latest work

Duncan comes from Chinhoyi. He was born in Zimbabwe, raised in Australia and is based in Denmark. Duncan was discovered by a producer whilst he was on holiday in London. He has 3 albums namely, Together on the road, Bird In Hand and Invisible Sound EP. Watch Duncan In action at a live show below.

The Capetonian Gugulethu Khumalo has won 2 awards for best albums so far. Berita was born in Zimbabwe and partly stayed in Bulawayo and Zhombe before relocating to South Africa. Her song Mwana Wamai features Oliver Mtukudzi and Hugh Masekela

Lamont is a talented musician who is based in the UK. He was discovered by the legendary producer Delani Makhalima. Lamont launched his career in 1998. His song Ndiwe made him a hit sensation when it was released in 2010. Lamont a few months ago collaborated with Freeman to produce this masterpiece.

Oskido I Believe as he calls himself on Instagram, was born in South Africa to a South African mother and a Zimbabwean Father. Oskido was raised in Zimbabwe but relocated to SA when he was 21. Oskido is probably one of the most successful stories with links to Zimbabwe in the music scene. Oskido runs a flagship record label in SA called Kalawa Jasmine where most SA’s IT musicians record their hits. He is a DJ in his own right with hits such as I believe.

Amai Suluma, born Shingisayi Chadoka is based in Canada and she has been flying the Zim flag high by releasing songs from the diaspora. We last saw her with Janet Manyowa singing the song Muchengeti in November last year. One thing is for sure, she is still the same vocalist many Zimbabweans love.

A few weeks ago Tinashe sparked a debate on social media after she made a statement that was viewed by some Zimbabweans as denying her Zimbabwean roots. Tinashe was born in the US to an American mother and a Zimbabwean father. Tinashe is a popular musician in American who has managed to get Chris Brown to feature in her song. Tinashe also briefly graced popular American Shows Empire and 2 and a half man. This is one of her most popular songs right now.

Buffalo Souljah has become so good at his game that he won the same awards 3 times. Buffalo( as I shall call him today)  moved to SA in 1999 and has worked with several artists including Tembi Seete as well as Big Brother Africa housemate Hanni from Ethiopia among other artists. He also worked with an Angolan singer Cabo Snoop on a song called “Styra Inonyengesa”.  Buffalo has won 5 Channel O awards. Here is one of his latest work featuring Enzo Ishall. 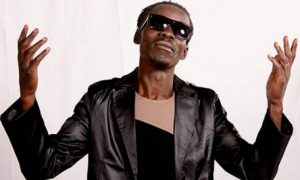 The Chirangano hitmaker relocated to SA a few years ago, Tight signed a contract with Shamiso Music and Entertainment in Johannesburg upon which he recorded the album ‘Manifesto’. The 15 track album features some of Africa’s best musicians. One of the songs, African Paradox, was chosen as the soundtrack for an Australian movie. The song features legend Salif Keita. In a bid to appeal to a wider audience, Tight engaged South African house group, Uhuru, to produce three of the songs on his album

Tatenda was born and raised in Harare but moved to SA a few years ago. He has worked with popular musicians like  Ice Prince, L-Tido, Gemini Major and fellow Zimbabwean musician Bryan K. Watch his video below

Mkhululi is a Zimbabwean born vocalist/musician based in South Africa. He stole the limelight in the gospel music arena through his remarkable performances with the South African gospel outfit Joyous Celebration. Songs like Ichokwadi and Satan made him famous as he would sing them in Shona to a none Shona Speaking audience. Mkhululi has since left Joyous and continues his Shona singing tradition as seen in this video.

Donel rose to stardom last year (2018) when he performed on the popular music show, ‘The Voice ‘ in January 2018 and was given a recording contract by Black Eyed Peas, Will.I.Am on the day. Donel became a teenage sensation all over social media in a whim. Here he is seen performing at the BBC Summer Social Event.

Can’t wait to perform at @bbcsummersocial this year! 🙌 Throwing it back to last time 🕺

Mkanya is known to pull large crowds in America where he is based. Thomas Mapfumo went into self-imposed exile after he sang songs that were criticising then-president Robert Mugabe’s misrule. This is one of his classics performed live a couple of years ago.

She may have trended for the wrong reasons earlier this year but Vimbai is gifted in other departments. The Netherlands based songstress is a seasoned musician as evidenced by her video. 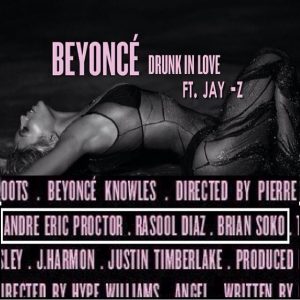 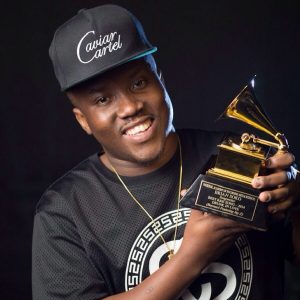 So if you love Beyonce’s Drunk in Love then you will like the fact that a Zimbo wrote it and won an award for it. Brian Soko was born in Chiredzi but later relocated to SA then USA where he is based and has produced these songs

Simba Muswere is a Hip Hop R’n B musician based in Perth Australia. 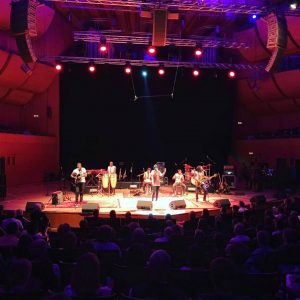 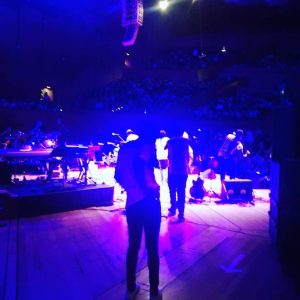 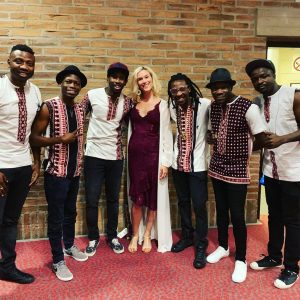 The most travelled Group in Zimbabwe. Mokoomba is a Zimbabwean internationally acclaimed and award-winning Afro-fusion group. The group which hails from Victoria Falls rose to prominence in 2008 after winning the Music Crossroads Inter-Regional Festival (IRF). The group sings in a number of languages including in the Tonga, Nyanja and Lubale language. Mokoomba combines traditional and modern instruments with a rich blend of rhythms, creating a vibrant sound consisting of not only traditional Tonga music but embracing the diverse cultures of southern Africa. The group topped the iTunes charts in 2012 with their second album Rising Tide. Despite being popular outside Zimbabwe, Mokoomba is not well known in Zimbabwe. Watch the group performing in German a few days ago on a video they posted on their Instagram.