Opposition MDC national Vice Chairperson, advocate Job Sikhala, has said refuted the claims that he said the MDC will overthrow the government before 2023. He admits that he said those words but what he meant is not what was captured by members of the public and state. He said that he meant that the MDC will “overthrow” all ills including hunger that are affecting. Perhaps, In short, President Mnangagwa and the ruling ZANU PF are synonymous with those issues he referred to.

I have been summoned by a Detective Inspector Chibaya of the Law and Order tomorrow, where I will go with my lawyers. I am, however, worried and shocked over the excitable elements jumping into the bandwagon to lump treason, banditry, insurgency and coup plotting on my part over political banter of a statement I made in Bikita.

What I meant was that we need to overthrow hunger, intimidation, abuse of traditional leaders, poverty and all vices associated with the current mismanagement of our State by the current government.

Let it be clear that the MDC, nor anyone associated with it, will ever engage in any unconstitutional governance of our country. If anything, the MDC is a party of constitutionalism and legality. 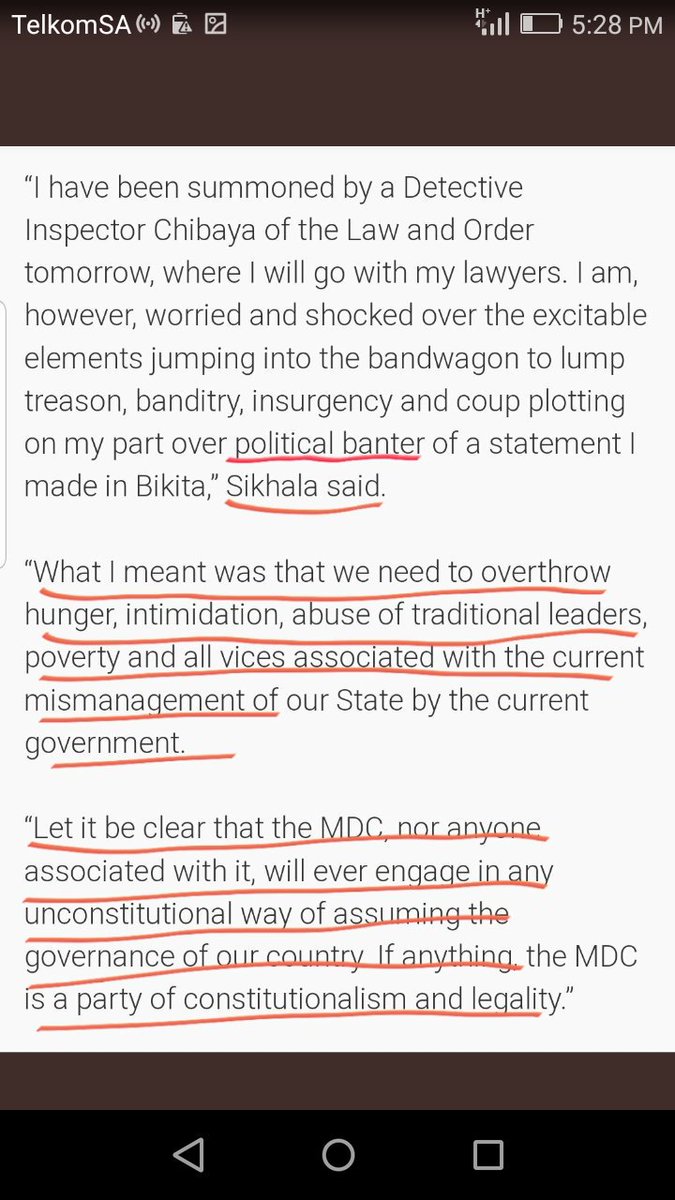 “What I Meant Is That We Need To Overthrow Hunger,” Job Sikhala