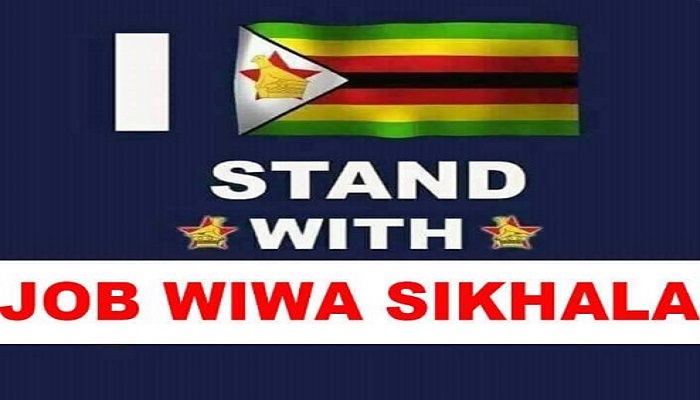 Citizens have launched #IStandWithJob in support of the opposition MDC vice chairperson, Job Sikhala. This follows an announcement that was made yesterday by the MDC in which it disowned Sikhala’s recent remarks which purported that the party was planning to overthrow president Emmerson Mnangagwa’s government before 2023.

The party said that the remarks made by Sikhala did not represent the position of the party. Posting on Facebook, the party spokesperson, Luke Tamborinyoka said:

The MDC notes with deep worry and concern that Hon. Job Sikhala’s statements made during a rally in Bikita East over the weekend have caused uproar and the party wishes to clarify its position regarding the same.

It is the party’s view that Hon. Sikhala’s views as expressed at the rally and widely quoted in the press were his own personal opinions, which we believe have been misconstrued and misinterpreted.

Members of the public believed that the party was being cowardice in ditching one of its own and decided to support Sikhala’s cause.

“I was temporary translator at Congress when th resolution to strive to remove ZANU PF from power prior to 2023 was taken. I therefore hv a moral obligation to stand with Job Wiwa Sikhala on this particular matter. It’s not his personal opinion. It’s the collective..”

The 2000 case-Tsvangirai vs the State in which the lt Tsvangirai…bravely warned former President Mugabe that if he doesn’t go peacefully, he would be removed violently ws declared not treasonous by Supreme Court bu t Mugabe ws removed violently 17 years later..