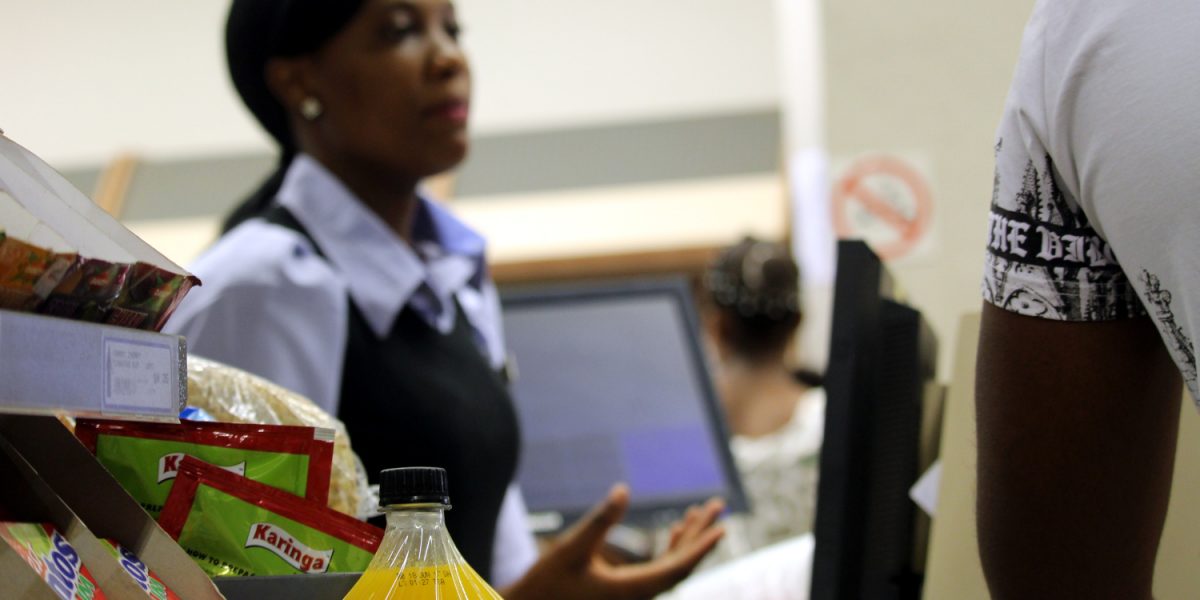 A checkout point in a supermarket in Harare.

Some retailers in Harare are reportedly still asking for and accepting payment for goods in USD dollars despite the government’s recent ban on the use of forex in transacting.  NewZimbabwe reports that it did a snap survey in Harare by posing as customers to retailers in the city.

At one supermarket along Chinhoyi Street where NewZimbabwe.com journalists posed as ordinary customers, grocery items such as cooking oil were exorbitantly priced in local currency but the shop attendant offered to accept US$ payments.

Quizzed on why they were asking for a currency that has been outlawed, one of the attendants said the US dollar was what they were using to acquire from outside, some of the goods they were selling.

“We need the US$ because we import groceries from South Africa and other neighbouring countries using foreign currency. So before accepting US dollars, we first vet all customers and if we suspect that they are police officers or government officials, we then decline the US$ payments.”