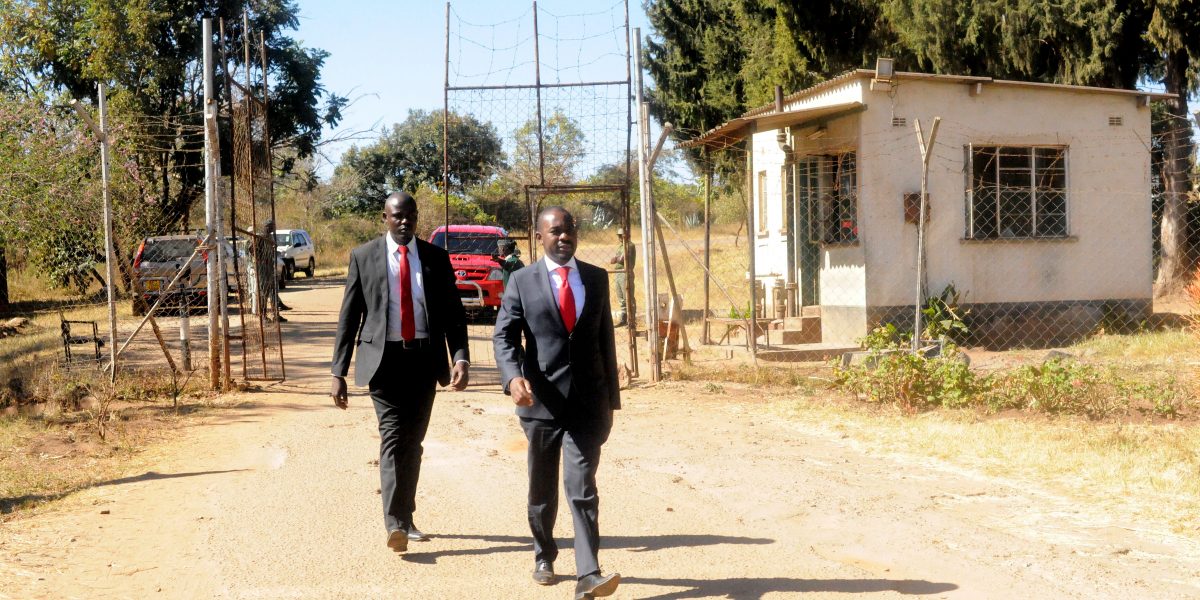 Chamisa was at the prison on Friday (today) where he was visiting jailed party activists Tungamirai Madzokere and Last Maengahama who are serving 20 years each for murdering a police officer in Glen View.

He was finally let in after guards had made “countless” calls to higher offices.

Speaking to journalists after the visit, Chamisa said:

I have had to come here to spend more than three hours waiting for the clearance. I understand that they indicated that I’m high profile so they needed to make sure that they inform their head office.

It is undesirable and very unfortunate. I’m a lawyer, I have every right as a lawyer to visit any client whom I wish to visit but more to that I’m also a leader of a political party, legitimate, legal and lawful political party.

… When you have a dictatorship around entrance into a prison gate, there is not a better dramatization of a manifestation of the undesirable circumstances of tyranny. That was really quite disturbing but fortunately, we ended up seeing them.

Chamisa bemoaned the inhumane living conditions in the prison. He said:

They told me about the challenges they are facing as inmates. They told me that they have about 2600 inmates and together with their colleagues, they are getting between six to 10 thousand litres of water per day meaning they for every inmate, there are about four litres for drinking, bathing and other important necessities.

So it’s quite a dicey situation for the inmates and they also told me that the prison has cracked walls so they are worried about their safety.