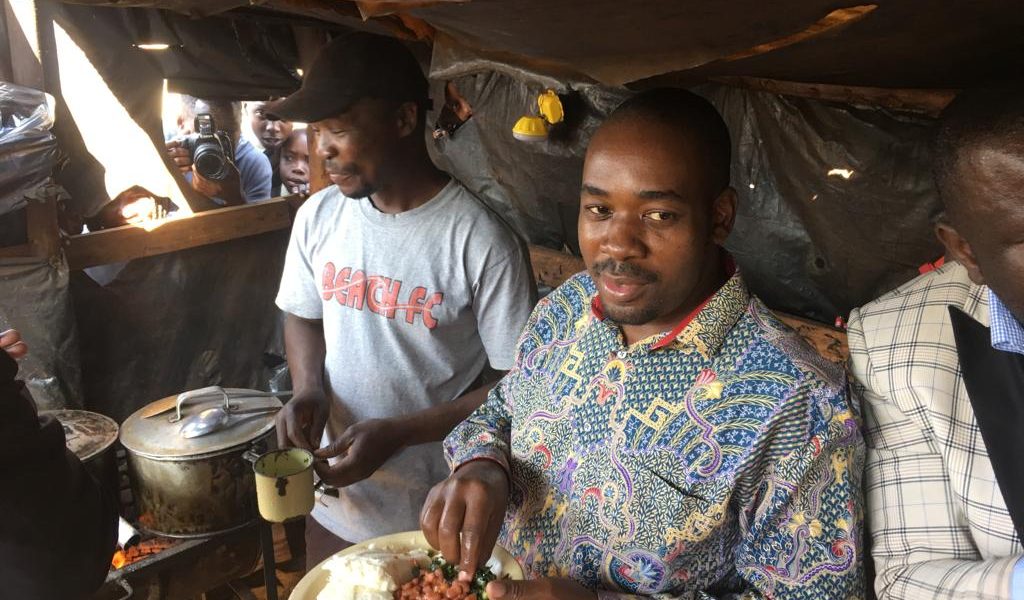 MDC President Nelson Chamisa reportedly shocked his aides on Tuesday when he ate food in public against his own security arrangements.

Chamisa was on a tour of several high-density suburbs in Harare to familiarise himself with the tough living conditions faced by citizens when he grabbed a plate of sadza with beans and vegetables in Budiriro.

An aide who spoke to ZimLive revealed that Chamisa had never eaten in public since he became party president for fear of poisoning. Said the aide:

I challenge you to find pictures or video footage of him eating or drinking in public since he became MDC president, before today.

Another MDC official told the publication that Chamisa abstains from food even at funerals;

It’s the same everywhere, that’s how it has always been. He did not eat at Morgan Tsvangirai’s funeral, or Vimbai Tsvangirai’s. He never eats or drinks at rallies.

That’s the security arrangement. So everyone was shocked when he ate in Budiriro.