Some foreign currency dealers are reportedly suspending business whilst some are paying less Zimbabwean dollars for the US$.

This follows the reintroduction of the Zimbabwean dollar which outlawed the use of all foreign currencies for domestic transactions.

Zim Live reports that money changers are currently paying about ZW$6 for US$1. This is a sharp plunge of the dollar on the black market considering that the dollar was now trading at a rate as high as ZW$13 per every US dollar.

The plunge is attributed to uncertainty ushered in by the central bank’s Statutory Instrument 142 of 2019.

Considering that the SI bans the use of all foreign currencies for domestic transactions, consumers who do not buy goods from beyond the Zimbabwean borders might be finding it difficult to part ways with the ZW$.

Despite attempts by government officials to allay fears, some stakeholders are reportedly concerned about the new currency which they think might also fail. 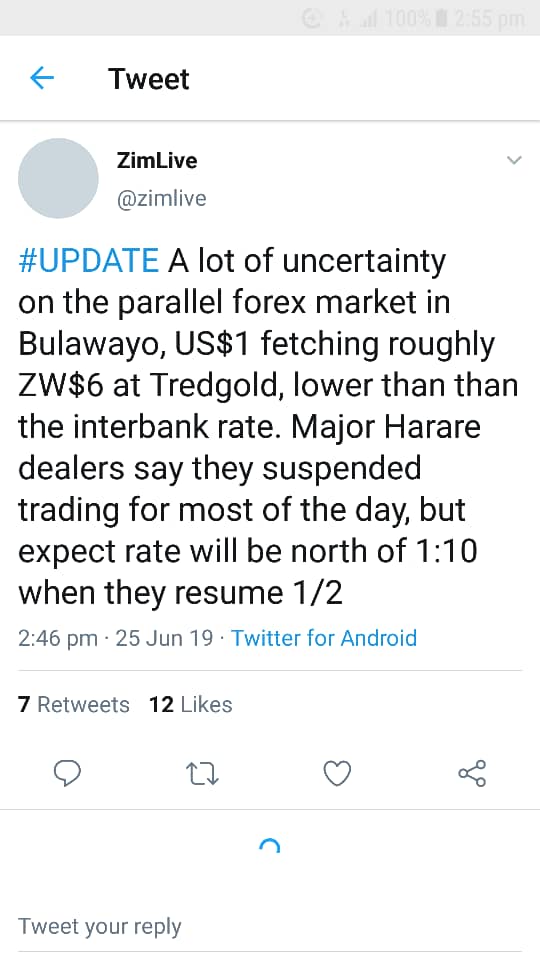