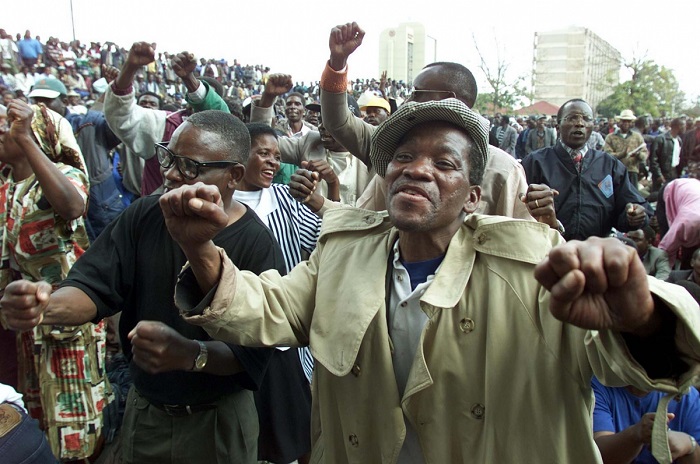 War veterans on Sunday called on President Emmerson Mnangagwa to reach out to the opposition to form a Government of National Unity (GNU).

The problem is that President Mnangagwa is taking too much time concentrating and listening to useless people around him, these so-called ministers.

These are the wrong people giving him poisonous ideas. These people are not employable elsewhere so they hang around the President giving him wrong information and advice, thereby, taking advantage of their positions to thrive on massive corruption, enriching themselves in the process.

They have taken the situation to further satisfy their selfish egos and ends. They are heartless these people. The President must not listen to these people anymore because what they want is to benefit from the country’s economic situation.

We have too many thieves in the leadership of this country. There is corruption everywhere and our country’s leadership is protecting these corrupt officials.

… The only answer that solves the economy is the GNU. It will only take about nine months before we start talking about a better economy. We have tasted how life was good during the previous GNU.

Everything was dead in the country. But when the GNU came in everything came alive again. Everything went well smoothly.

Now we are back at it again, we have long queues and cashless banks. We should not be late again, GPA is the only solution.

In 2009, following the total collapse of the country’s economy, the then President Robert Mugabe and opposition leaders Morgan Tsvangirai and Arthur Mutambara came together to form an all-inclusive government.

The shortlived GNU brought stability to the country. At the end of the GNU in 2013, the economy again entered into a tailspin.