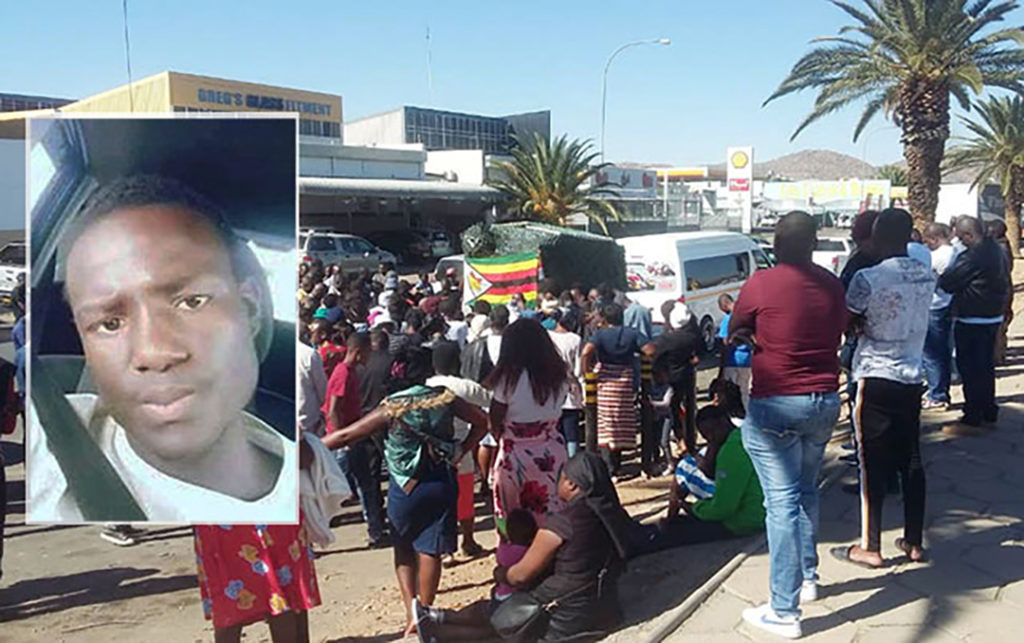 The body of a Zimbabwean national who was shot and killed by a Namibian soldier was repatriated to Zimbabwe on the back of an open trailer, mixed with goods, a report has claimed.

Fambauone Talent Black’s body was carried in a coffin wrapped in a gunny sack for the 2,000km journey from the Namibian capital Windhoek to his home in Mazowe, Mashonaland Central for its final resting place.

Reports indicate that on the fateful day, Fambauone had visited a friend in Windhoek when he came across a roadblock manned by police and soldiers during a joint operation code-named ‘Operation Kalahari Desert’.

Fambauone, who was 23, reportedly turned around his taxi fearing arrest as foreign nationals are not permitted to drive taxis in Namibia.

He was shot by Gerson Nakale, 38, and died on the spot. The solder has since been arrested and charged with murder.

Fambauone had arrived in Namibia in 2018 looking for a better life. He had joined thousands of Zimbabweans scattered across Southern Africa who had escaped hardships back home.

His death prompted a change in how the Namibian security forces are conducting the operation after a public outcry.

Namibian Police Inspector General Sebastian Ndeitunga has ordered that the police should lead the operation and that no member of the operation is permitted to use firearms against anyone.