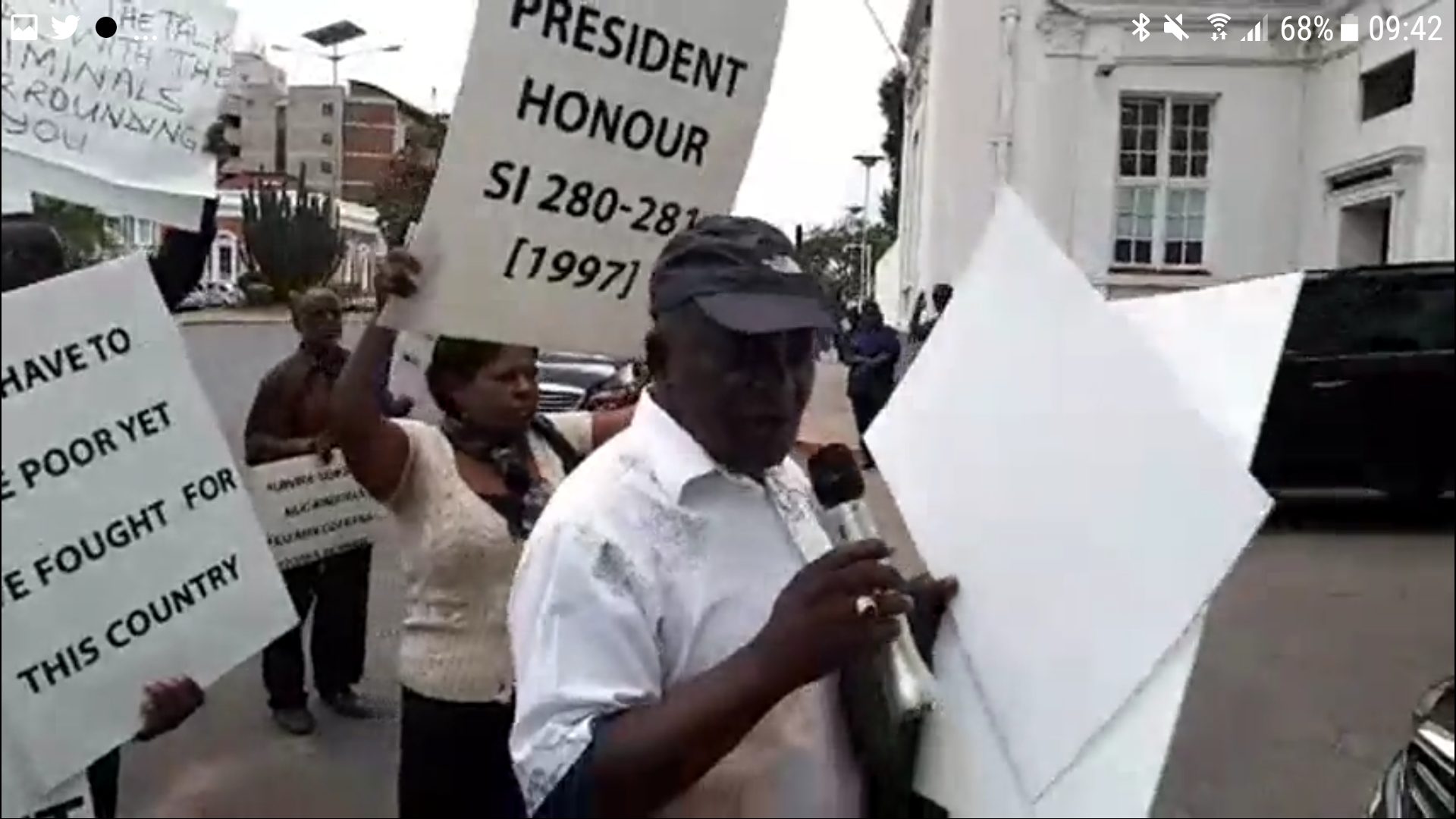 The Zimbabwe National Liberation War Veterans Association has told the MDC that Mashonaland Central Province is a no-go area for the opposition.

War vets Mash Central provincial chair, Sam Parirenyatwa warned the opposition party that it will not be allowed to export violence to rural areas.

His remarks follow a statement made by MDC Youth Assembly Cecilia Chimbiri during commemorations to mark the Day of the African Child in Mbire where she said her party will take protests to rural areas.

Speaking to NewsDay in response to the MDC Youth’s utterances, Parirenyatwa said:

Mashonaland Central is a no-nonsense province and a no-go area for the opposition. As war veterans, we will not sit idle as MDC exports violence and lawlessness to the rural, peace-loving people.

The statement by MDC youth is in bad taste and that will not happen.

… There are an effective President and government in place. President Emmerson Mnangagwa and his government are trying their level best and Zimbabweans across the political divide should support him.

It is high time we depolarise our nation for progress’ sake, otherwise, we will be our own worst enemy.