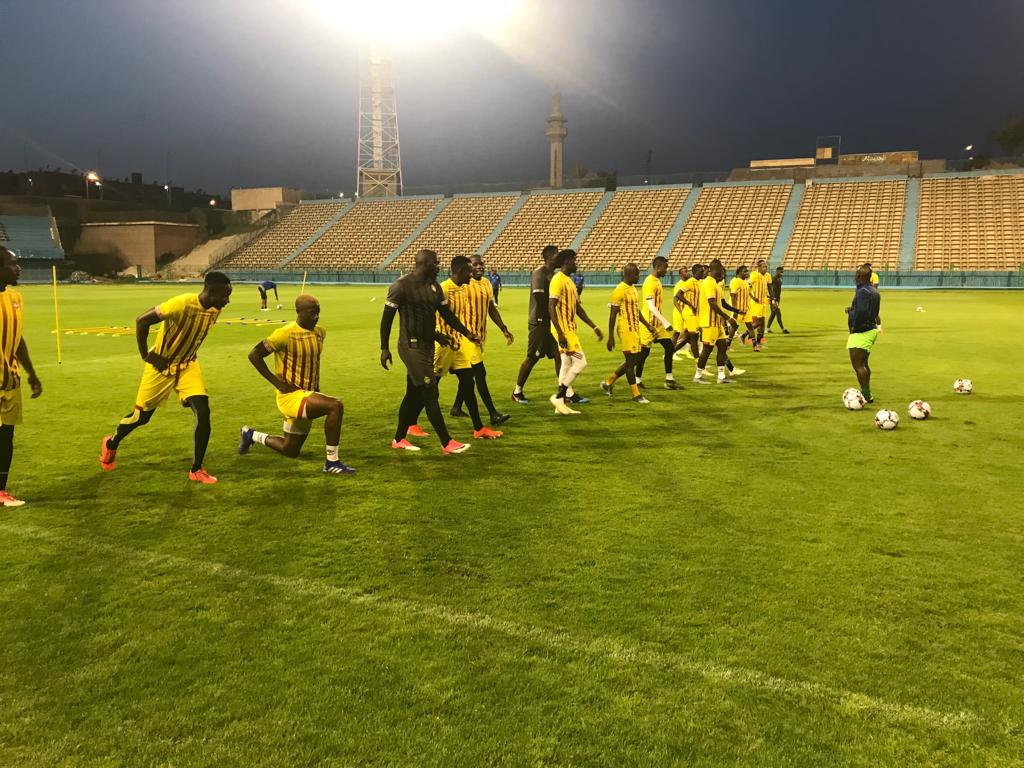 Warriors train ahead of their match against DRC on Sunday.

Warriors’ preparation for tomorrow’s encounter with Egypt has been thrown off the rails over money issues.

Reports from Cairo indicate that the Warriors have threatened not to fulfil tomorrow’s match against the host nation if they do not receive their dues promised by ZIFA.

Soccer24 reports that it has been in touch with several players who have vowed not to take to the filed if they are not given their money.

ZIFA officials are said to have been making frantic efforts on Thursday to find a solution to the dispute.

A local journalist, Howard Musonza, who has sources privy to the goings-on in Warriors camp had this to say:

Warriors are holed up in a meeting with ZIFA officials in Egypt right now and are threatening not to fulfil Friday’s AFCON opener against Egypt. My source says some have already booked their flights back home.

The players allege that ZIFA has been lying to them about their allowances and appearance fees. They say ZIFA also lied to the government about the payments.