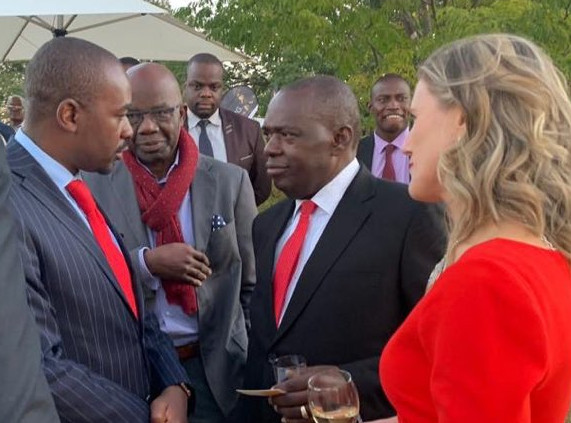 Sibusiso B. Moyo, the Minister of Foreign Affairs has reportedly signed two United States lobbyist contracts for over US$1 million.

The lobby groups, Avenue Strategies, and Ballard Group, in that order, were reportedly signed in April and March for $90 000 per month and for US$500 000 per year.

The news has attracted mixed feelings amongst social media users. Scores of them have expressed their anger in the government for “misplaced” priorities. They argued that the move was uncalled for considering that several critical sectors have since collapsed. They singled out the health sector amongst the collapsed sectors saying that local hospitals are synonymous with deathbeds. One Twitter user responded to the news saying:

Meanwhile scores of people are dying in hospitals as the public healthcare system has collapsed due to non-funding.

The desperate illegitimate regime is spending millions in arms ,cartels, patronage & professional diaper removal services whilst by-passing the imperator of genuine structural reforms at home centered on legitimate political dialogue. Truth is this regime is beyond redemption

Dear @edmnangagwa The best PR you can invest in is to care for the people. And guess what? It won’t cost you a cent. Just your sincerity. The money you waste on lobbyists & PR firms is better spent on critical drugs, fuel & electricity for the nation. Introspect.

Some have however defended the government saying that the country has suffered bad publicity for too long hence the need to cleanse its image. One Twitter account rhetorically asked:

Is it fair to say, they have their priorities right. Our biggest challenge as a nation is the negative narrative that is being peddled by those who seek to undermine the govt on every turn by pushing for sanctions? How else would you have them change the narrative?