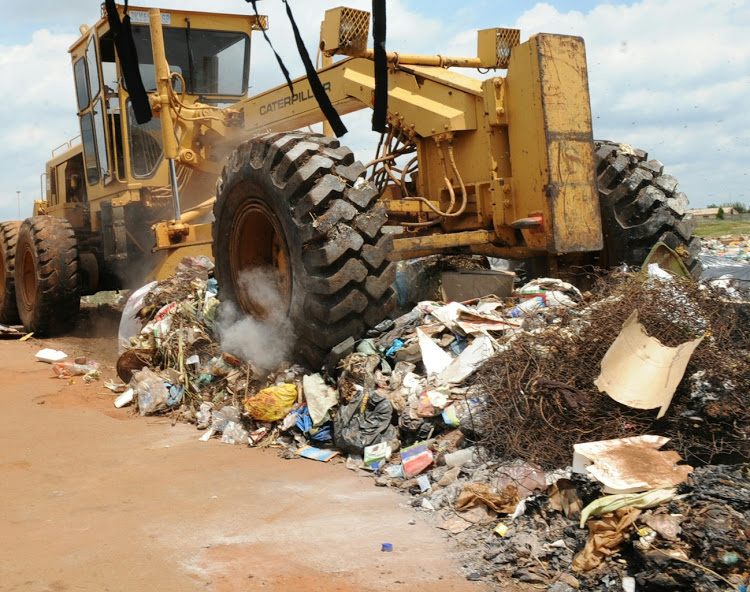 PROGRESS: At last a caterpillar started removing the heaps of stinking trash from the middle of a taxi rank while we were there. Pic. Tsheko Kabasia. 19/02/2011. © Sunday World.

South African police said that 10 vehicles stolen from that country have been recovered near the Zimbabwean border in the past three months.

The South African police have launched an operation in conjunction with the intelligence code-named “Valamadi”.

The operation led to the recovery of an earth-mover or caterpillar on Tuesday along the Zimbabwe border.

Police spokesperson Col Moatshe Ngoepe revealed that during the operation, a 40-year-old man was arrested in connection with the theft of the caterpillar. Said Col Ngoepe:

We are doing everything we can to deal with incidents of smuggling stolen cars from this country into Zimbabwe, perhaps also into other countries further north.

Preliminary investigations have revealed that the caterpillar was reported stolen in the Apel policing area outside Lebowakgomo.

Ngoepe further revealed that the syndicates will at times, push the cars across the Limpopo or use donkey carts to tow the vehicles into Zimbabwe.