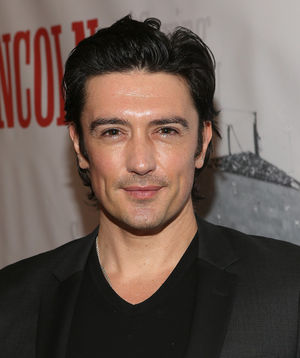 Alois In A Zimbabwean actor who lives in German. He is the co-founder of Amakhosi Township Square Culture Center. Alois acted in Iron Sky (2012), Rush (2010) The Power of One (1992), Blindgänger, Der Bestatter, Heiter bis tödlich – Fuchs und Gans. He has been in the Industry for close to 3 decades now.

Miles is a Zimbabwean actor who has been in the game for a long time. He started his career by appearing in The Thirty-Nine Steps in 1978. he has appeared in many popular films like Ninja, Television series like Criminal Minds and House Of Cards and in 2016 he appeared in La La Land. Anderson was born in Zimbabwe and went to Prince Edward School, he is based in LA.

Tawanda is a Zimbabwean actor who is based in New Zealand. He has starred in productions such as the Hollywood film, Ghost in the Shell which stars global star, Scarlett Johansson. Tawanda left Zimbabwe when he was only 22. He has appeared in 14 roles in both film and television and theatre so far. Read More about Tawanda’s career here

Based in Canada Kevin is a Zimbabwean actor who has appeared in 23 different productions. If you ever watched any or all of the Law and Oder series you might recognise Kevin as he starred in all 4 of them. Kevin was born in Zimbabwe but was raised in Canada. 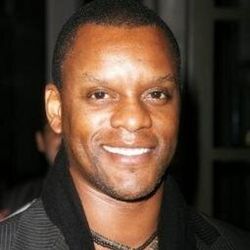 The Masvingo born Williams Britain based actress has starred in The Low Down in 2000, Red Cap in 2003 and Sirens 2002. Series such as Dirty Work 2000, Secret Diary of a Call Girl in 2007 and briefly in East Enders.

The former ANN7 News Anchor captured the hearts of many South Africa. Right now Audrey is a political analyst based in SA. 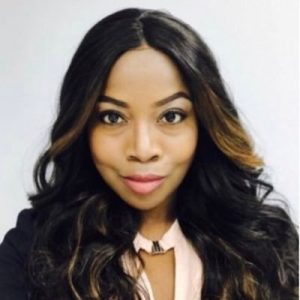 Born in London to Zimbabwean parents, Benu is popular for her role as Djimon Hounsou’s wife in the popular Film Blood Diamond. She has starred in other productions like Jazz Man and Night Walkers just to name a few. Benu is based in LA. 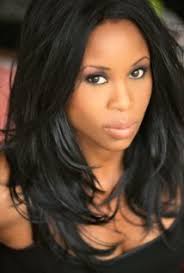 Based in West Australia, Paul Berenger has a wide-ranging field of experience which includes: stage, film, television, commercial, corporate, short-films, modelling and musical theatre. Born in Harare Paul started appreciating acting when he was 11 when he saw his brother on stage. Paul appeared in All about E and 2 fists 1 heart. 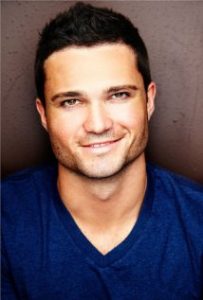 Michael Chinyamurindi is arguably one of the best actors from Zimbabwe who has made a mark on the international stage. Michale has starred in George of the Jungle, Congo and Curious George and 10 other productions.

He is said to be one of the very few actors who have featured in over 13 blockbuster movies including several by Hollywood acclaimed producer, Steven Spielberg such as Jurassic Park 2: Lost World, Wild Thornberry and Congo 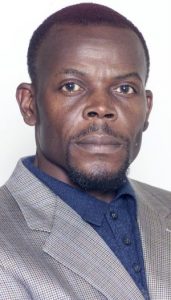 Tiyane, as he is remembered from his role on 2000’s Yellow card, is based in neighbouring South Africa. He has flown the Zimbabwean flag so high by starring in Generations, Night Drive, Making a Killing and SABC 3’s One Way. Leroy was born in Harare and went to school in Zimbabwe and started acting when he was a young boy starring in Paraffin’s Sadza Riripi episode before his big break Yellow Card. In 2018 Leroy landed a big role in SA Dram Abomama where he is one of the lead characters. 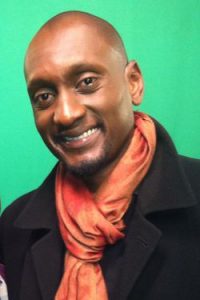 Starred in Teen Wolf, Homeland, Mad Dogs, Lost in Space and MacGyver, Sibongile is a Zimbabwean actress who is now based in LA. Sibongile has starred in over 20 productions. In 2016 she was nominated for ZIWA’s Best Actress award. She started acting when she was just 7 and has not looked back since. 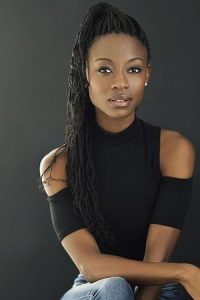 Probably one of the most prominent actresses to come out of Zimbabwe. Chipo Tariro Chung was born in Tanzania to a Zimbabwean father and a Chinese mother. She grew up and attended school in Zimbabwe and went to film school in London. She has starred in over 24 productions since she started her career in 2003. In 2017 She was featured on a Mobile App and a was a narrator for a video game. 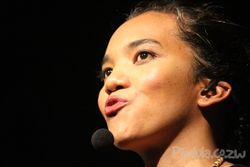 After Big brother, Vimbai became a household name. Vimbai’s TV career started when she was 14 starring in Who’s In Charge. She went on to Big Brother and even though she was evicted on day 84, she had made a mark as she became a household name after that. Vimbayi then went on to co-host Star Gist (a daily showbiz entertainment programme), which premièred on Africa Magic Entertainment Channel on MultiChoice‘s DSTV among other gigs. She left Star Gist after 4 years and had reportedly finished producing her own reality travel series called Miss Vimbai Travels 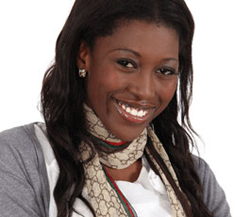 Arguably the biggest Zimbabwean star so right now. Danai made headlines whe she starred in The Walking Dead. Her stardom wildly rose when she starred in Black Panther and Avenger’s Infinity War last year and Avenger’s Endgame this year. Since 2004, Danai has featured in over 29 productions which include an episode in Law and order and 6 episodes on Treme and 84 episodes on The Walking Dead. Danai was born in Iowa in the US. Her family relocated back to Zim when she was 5 where she grew up and went to school. She then relocated to the US for tertiary education and is now based there. 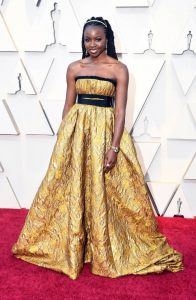 Adam is one of the people on this list who has featured in a lot of productions.  He has worked on 49 Productions since 1997 including Tarzan Lost City, Nikita, Supernatural and Batman Ninja.  Adam is also in 9 video games and has portrayed the role of James Bond in the 2010’s James Bond 007; Blood Stone video game. Adam was born and partially raised in Zimbabwe. He attended boarding school in South Africa before relocating to the United Kingdom with his parents. 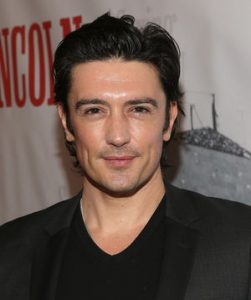 Tino is a Zimbabwean TV presenter based in South Africa. Tino is popular for co-hosting the Morning Show. Tino is one of the Zimbabwean who has made it on SA Television as he has co-hosted shows on Chanel O and done some modelling. Tino claimed that he never really took modelling seriously as his parents wanted him to enter the corporate world which they said had more security. He was however influenced by a friend who told him that he had the looks and he agreed to a photo shootout. Tino was born and raised and schooled in Zimbabwe before relocating to South Africa. 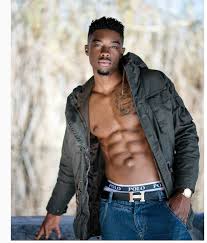 According to SA’s Times Live. Luthini is one of SA’s finest actors. Luthini has featured in Double-Blind, The Furnace, SA’s Scandal,  Generations, Isidingo, Jacob’s Cross, Rockville, The Road just to name a few. He has also been on record saying his voice has cost him roles as people say he sounds too white for Zulu roles. Luthuli was born in Bulawayo and went to private schools in Bulawayo till A level. Luthuli who is a fine actor is also an academic who holds several degrees including a degree in Medical Physics and Physiology from England where his parents were based. Luthuli worked as a medical doctor and left and started acting. 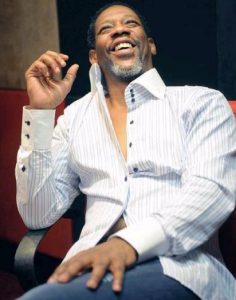 Detective Trevor Davies from Studio 263 went on to feature in Leon Schuster’s Mr Bones 2: Back From The Past, after he had starred on Tanyaradzwa. Tongayi has been in Hollywood since 2010 and he has appeared on a lot of productions including an episode on NCIS: Los Angelos and The Jim Gaffigan Show where he was the lead role. He has appeared in over 20 productions ever since his days as Joyce Huni (Tinopona Katsande)’s boyfriend. 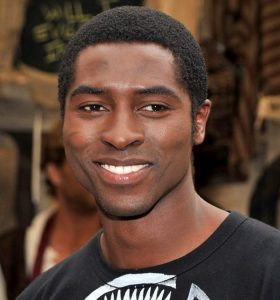 Mbonisi Mahonondo was born, bred and schooled in Zimbabwe. She used to present a show on ZTC TV Thatha Wena before she relocated to South Africa. A few months ago Mbo debuted on eTV’s Scandal as Chichi and she is still on the show. 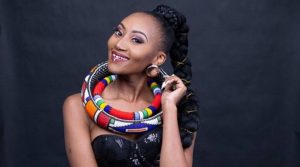 The former Generations actress graced the SA screens playing the role of a man on Generations and instantly became a hit. Chi, as she is affectionately known, has starred in Love what you love and Lazy susan. Chiedza was born raised and schooled in Zimbabwe. She moved to Capetown to study drama and has been building her profile since then. 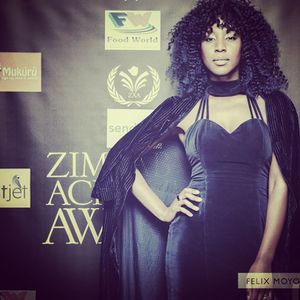 The SABC News Anchor was born in Zimbabwe, relocated to England, came back to Zimbabwe when he was 15 and finished school in Zimbabwe. Peter studied accounting and finished his articles but decided he wanted something out of his life. after 6 months at National FM, Peter relocated to South Africa and Britain where he was a news anchor in both countries.

He also spent some years at SABC Africa presenting their flagship pan-African breakfast news programme. Other assignments include work at the business channel Summit TV as a prime-time Business News Anchor and as a Presenter on the Pay TV channel, M-Net. Listeners also heard his voice on Talk Radio 702, Highveld Stereo and SAfm. 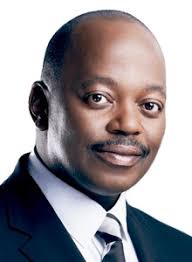 Kimberly Robinson was born in Harare and grew up in Bulawayo. She moved to Capetown for college and started modelling then. Kim Jayde hosts her own TV show at MTV Base Africa which is called the Kims’ Fashion Take Over. She has been part of the Revlon campaign with  3 other celebrities in South Africa for the  ‘Live Boldly’. The campaign celebrates feminine power, optimism, strength and sense of style. 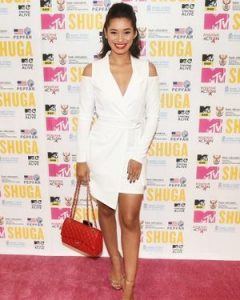