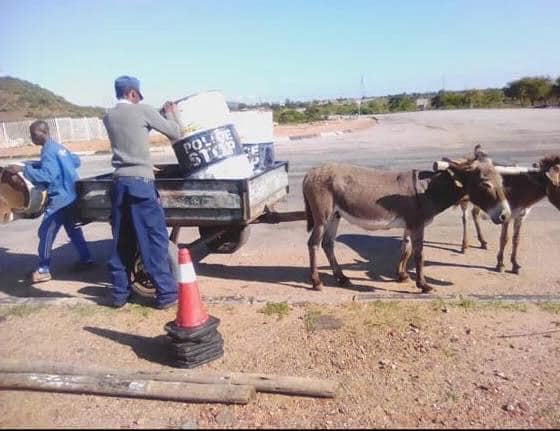 I went into my local supermarket this morning and bumped into a cabinet Minister who accosted me into a corner but in a very friendly way.

The Minister asked me to support the government and to proffer ideas arguing that many people read what I write and as such, I had a responsibility to support the country.

I laughed and asked the Minister how I could support a failing government that can’t even support itself?

I then added that we needed to separate the idea of supporting a failing government and the natural responsibility of loving one’s country.

The two are different but ZANUPF always likes conflating them in order to blackmail citizens into emotional submission, whilst the political elites continue ruining the future of millions of our children.

After agreeing that the two were different, the Minister asked me to explain what I meant when I said that the government is failing to support itself.

I started by asking the Minister how a whole Finance Minister in Mthuli Ncube would sink so low to celebrate a useless and rigged twitter poll, which said that the country is happy with the direction that Emmerson Mnangagwa was taking us.

One of the most comical and yet very tragic realities is that most of our political elites live in Borrowdale, Glen Lorne and Chisipite, and yet they do not pay attention to important things and ask questions like, what will they do if their house caught fire or if they had a violent burglary?

To show the Minister and all of us here that the system has totally broken down, and that it is now a government at sea without ideas other than self-enrichment, I told the Minister something that they could easily verify since they live in Borrowdale.

Borrowdale Police Station where the rich & wealthy, the political elites and Regime Associates live has NO single car to use, not even a motorcycle.

If intruders attacked anyone living in Borrowdale in their home, the police details at Borrowdale police station would not be able to come and rescue them.

This is a fact that you too can also confirm by going to Borrowdale Police Station in Hellensville, and seeing the reality for yourselves.

When the social service and law enforcement side of life has totally collapsed, and yet the political elites continue making millions, it is a sign that the government of the day is being run by a predatory elite whose only concern is looting and amassing wealth by any means necessary.

How else can you explain the fact that Borrowdale is the home of billions of dollars and yet there is no single man or woman amongst those millionaires who have had the conscience and common sense to ask why their police station doesn’t have a car or even a motorcycle to service them?

Well, except for William Nyemba the former Trust Bank CEO who went to that police station on Friday to have a different discussion only to be told by the Member in Charge that he has NO car or Motor Cycle to assist them in case of an emergency.

How then can you claim to have a surplus running into hundreds of millions of dollars and yet the police station in the richest area of town where you also live has no single car or motorcycle?

Yet we have a Finance Minister who wakes up in the morning to tell us that Emmerson Mnangagwa won a bogus twitter poll, and he considers that an important piece of information to a desperate citizenry as opposed to addressing the health, education and employment needs of his people?!

This is an indictment not just on this corrupt government, but also on all those Regime Associates and Apologists who live in Borrowdale and yet are unashamed of such self-evident government failures.

How can we expect them to run the country in our best interests when they can’t even provide a police vehicle at their local police station using taxpayer’s money?

That is how incompetent and corrupt these folks are, that is how clueless they are, spewing mere rhetoric without substance to back it up.

A local news website has reported that police officers in Victoria Falls have pitched tents outside their police station and are sleeping there because they can’t afford the rentals being demanded by local landlords anymore.

Victoria falls is in one of the world’s premier tourist resorts and magnet attractions, one of the best seven in the world.

How can a government sink so low not to pay attention to the law enforcement requirements of its tourist goose, and yet the Finance Minister is celebrating a bogus twitter poll?!

Future generations will study these folks in history in the same way that we have studied people like Mobutu Sese Seko and his thugs through books and documentary films.

Our kids and grandchildren will be shocked by what we are having to put up with today, legendary incompetence, breathtaking corruption, unimaginable mismanagement, shameful nepotism and sickening looting of natural resources.

ZANUPF governments under Robert Mugabe and Emmerson Mnangagwa have unfortunately made racists like Ian Smith look prophetic by predicting that ZANU-PF would ruin the economy into the ground, and yes they have done just that.

That prediction has come to pass and spectacularly so, regardless of having billions of dollars coming out of Chiadzwa, ZANUPF is failing to buy bandages and latex gloves for hospitals and yet we have a Finance Minister boasting about a budget surplus running into hundreds of millions of dollars.

He shouts at every turn about this surplus to anyone who cares to listen to him and yet his citizens are dying daily from easily treatable diseases.

They are dying from basic infections because he can’t simply buy antiseptic ointments and bandages for these desperate hospitals.

I know that it makes the ZANUPF elites seethe with anger when they are reminded about what the racist Ian Smith said about their in capabilities, but why are they not ashamed that they have proved him right?

How do you explain a government that dishes out hundreds of cars to traditional chiefs and yet law enforcement agencies have no cars at police stations and hospitals have no ambulances?

What kind of logic is that, and by asking these questions does it make me unpatriotic or selfishly unsupportive of this corrupt and failing government?

Am I not doing what any sensible citizen should be doing unless they are part of the rot and they do not care about the welfare of their fellow citizen?

I am not making this up, we all live in Zimbabwe and we all know this to be nothing but the truth.

How do you explain the fact that this government collects millions in taxes from Victoria Falls and yet they can’t arrange affordable accommodation for their law enforcement officers?

I have said that I will only speak when I have the evidence to prove my assertions that ZANUPF’s incompetence, corruption, looting, nepotism, gross mismanagement, cluelessness and looting have destroyed us!
Boy oh Boy, daily I am overwhelmed with such evidence, and what does ZANU-PF do in the middle of such a man-made crisis, they invest in Ghost accounts to rig twitter polls and the Finance Minister runs to social media to brag about that!

Two weeks ago I reminded you about the dangers of toxic citizens like Taurai Chinyamakobvu and his many twitter accounts which he uses for propaganda purposes including the infamous @matigary twitter handle, that twitter poll that Mthuli Ncube is boasting about is a product of such stupidity.

Mthuli Ncube also boasted this morning of having sophistication and poise when talking about Tendai Biti, but is it sophistication when you are boasting of having a surplus in a bank when your kids are dying from diseases and are not attending school?

With those words, we parted ways with the Minister, “…I will call you,” the Minister said.

“We need Political Reforms,” I said as I walked away, the Minister’s spouse nodded in agreement.

“They are failing to understand that they are being led into a dark hole, we might end up losing everything if they don’t fix the obvious issues which can only be sorted out through Political Reforms,” the Minister’s spouse added.

At least they know that they are now playing dangerously with their lives whilst being led by men whose time on this earth is now at 5 minutes to O’clock, due to old age.

Why would they care when they would not live with the consequences of their corrupt misrule?

They will respond by blaming sanctions, ask them how many police cars could have been bought using profits from Chiadzwa diamonds in Marange?

Ask them why cabinet Ministers get three cars each when public hospitals have no ambulances?

I could go on but we all know the story, don’t we?

Our government would rather invest in more guns and water cannons than buy drugs for hospitals and books for schools.