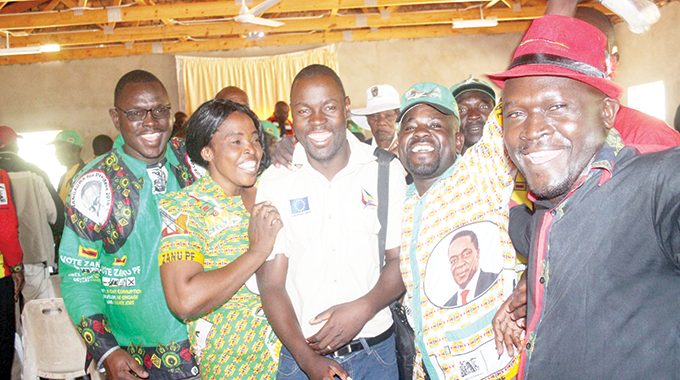 ZANU PF officials in Lupane East Constituency agreed by consensus to have 31-year-old Mbongeni Dube represent the party in the August 3 by-election.

As a party, we are very happy with the manner that members debated the issue during our meeting as the Electorate Directorate in Matabeleland North.

There were other candidates who had submitted their CVs for the primary election but we saw that it was noble to have one person going than sending six people.

That is why Cde Dube was nominated. There is time limitation too.

The Nomination Court will sit next week so we realised that we must engage each other and take the person who came second in the last primary elections.

He had the second highest votes after the late Cde Gumbo.

The other 5 officials vying for the post reportedly agreed to step aside and allow Dube to run for the party.

Richard Moyo is a Zimbabwean politician and Member of Parliament for Umguza Constituency, he is a member of the ZANU-PF party. Read More About Richard Moyo

Sithembile Gumbo was a Zimbabwean politician, Zanu-PF member and once a Member of Parliament for Lupane East constituency. She died on 15 April 2019 at United Bulawayo Hospitals (UBH) where she had been admitted for some time following an accident she was involved in. Read More About Sithembile Gumbo