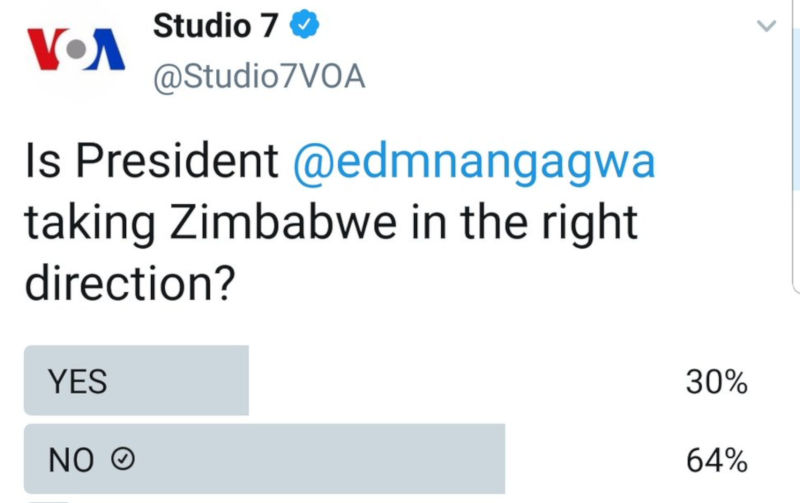 Zimbabweans on Twitter have accused Zanu-PF and the government of rigging a Twitter poll on the popularity of President Mnangagwa. The president won the approval rating poll by more than 50%, a result that was celebrated in the government-controlled media.

Prominent journalist and publisher of ZimLive, Mduduzi Mathuthu, claimed that supporters of had purchased about 3,000 votes to get a favourable approval outcome for the President:

In a 30-minute period, they purchased 3,000 votes to swing this in their favour. This has got me thinking. If they can rig a Twitter poll, imagine if we tried electronic voting in Zimbabwe! pic.twitter.com/UQMRfW2AMI

Another prominent Twitter account @PacheduZW said that there are services on the internet that offer votes at rates of about $1 for 100 votes:

I went to sleep shortly before 12AM and it was like this. Zimbabweans were asleep. How do they wake up to 23,000 votes? pic.twitter.com/znRXy5739k

The Studio7 Twitter poll (which is still running) has the president with an approval rating of 51% as at the posting of this update on Saturday.

Is President @edmnangagwa taking Zimbabwe in the right direction?