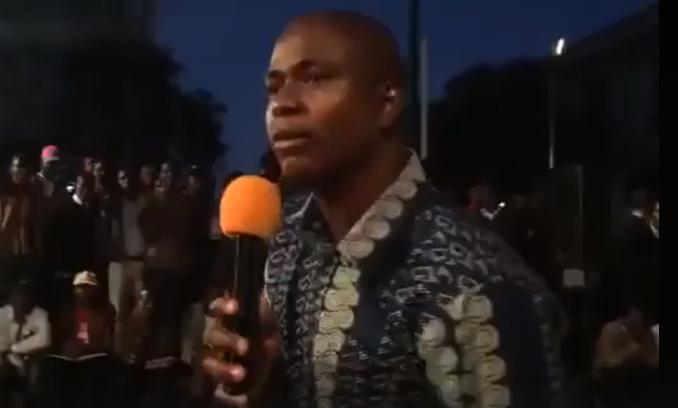 Pastor Chiwenga, known to preach in the streets in Harare claimed recently that other religious leaders, Emmanuel Makandiwa and Walter Magaya, have tried to harm him before. He said that Makandiwa at one point sent thugs who set his car on fire. He says he reported the matter and advised the police that it was Makandiwa who had sent the thugs.

He also said Magaya also sent people to disrupt his preaching. Chiwenga also said Emmerson Mnangagwa’s government has assigned people to follow him and that he’d like to resent himself to the Mnangagwa.

Chiwenga is a relative of Vice President Chiwenga.