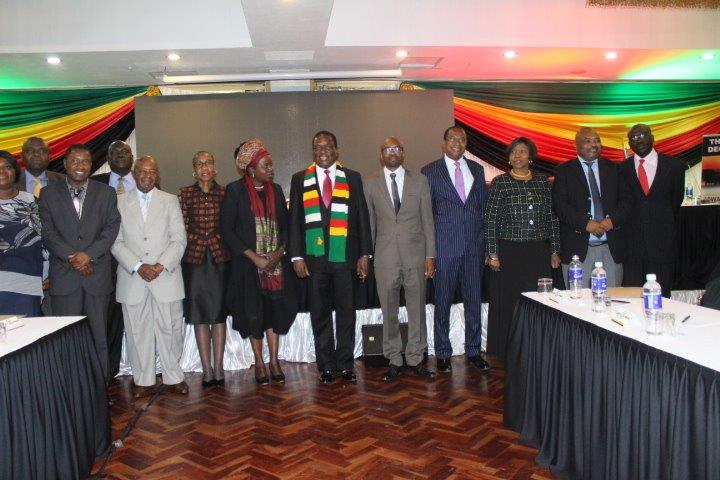 Members Of The Tripartite Negotiating Forum At The Official Launch.

The Zimbabwe Congress of Trade Unions (ZCTU), a labour organisation, has claimed that the Tripartite Negotiating Forum Bill is their victory. The bill among other things outlaws stay-aways or strikes by workers before exhausting negotiation channels with government and other stakeholders.

The bill comes at a time when several workers groups have threatened to protest against the state of affairs. A January ZCTU stay-away degenerated into chaos as military personnel shot and killed several civilians. Properties were also lost as participants in the demonstration looted and torched some infrastructures.